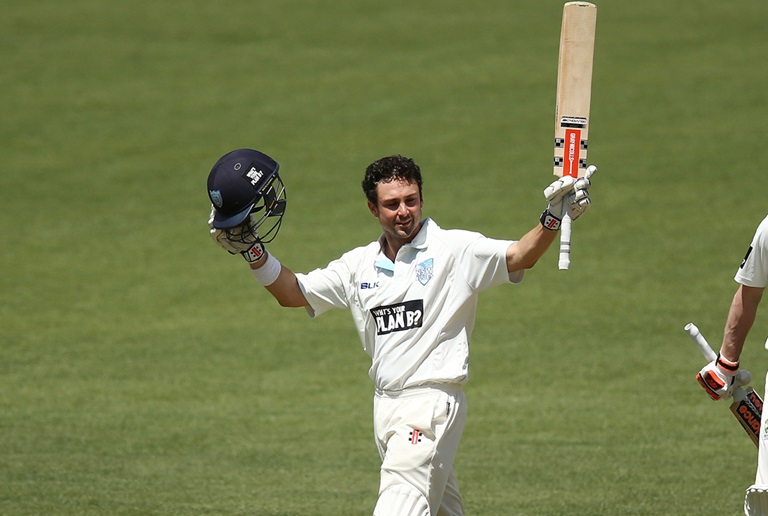 I sat down with him for a conversation on a cloudy Melbourne day and learnt two interesting things. First, Ed is a humble, high-achiever. Second, he believes that the athlete network is one of the startup world’s most under-utilised assets.

From batsman to businessman

In most households, being an international test cricket player would make you the star of your family. Yet, in the Cowan household, Ed is the black sheep.

“I grew up in a household where there was always a lot of interest in business,” he tells me.

“In my family, I was always encouraged to study hard, go to university, and make sure that I had a back-up plan while playing cricket.”

When it comes to a back-up plan, business and life in general, Ed gets major inspiration  from his father.

“My entrepreneurial spirit springs from my dad who started work in his mid-20s and has done some amazing and crazy things through his career. At 84 years today, he still catches the 7:15 ferry into the city every day. The ethics of hard work with that entrepreneurial spirit is certainly alive and well in my family,” he tells me.

This spirit has contributed to Ed becoming a pillar in the world of startups. From investing in scale-ups with TDM Growth Partners, to founding Tripod Coffee, and finally interviewing some of the world’s greatest founders for his podcast, the former cricketer has well and truly transitioned into the business world.

Beyond fear, towards success

The transition from the world of sports to business is highly romanticised. In reality, the majority of athletes find it terrifying. After all, they’re retiring from a career they’ve invested decades in to start over fresh.

Reminiscing on his own foray into the business world with his opening partner turned business partner Steve Cazzulino, Ed tells me “we knew nothing about anything when we started”.

“We had to upskill ourselves in marketing, the go-to-market, product innovation, supply chains, you name it! As two co-founders we had to learn it all,” he adds.

An athlete’s transition from sport into a new profession is a lot like the Schrödinger's cat theory —  simultaneously in hand and out of reach.

“The fear of failure is what threatens athletes from transitioning well. Often, athletes transitioning across have a personal brand or persona, and so the opportunity to be known for something other than what you’ve achieved on the sporting field is great, but also hard,” says Ed.

So what was the key to his successful transition?

“A work ethic and willingness to contribute. This means wanting to roll up your sleeves and get dirty. I don’t think anything is achieved by watching — that’s the same in sport and business. You have to get in there and do the work,” he tells me.

“You don’t get born great  — every day, every moment for improvement is worth it.”

Give more than you take

Contribution, according to Ed, is at the heart of effective culture. Ed believes that successful sports teams and businesses have an effective culture that allows people to be and do their best.

Sharing what this looks like in sport, Ed says “the underlying basis of sports teams and their effectiveness is people willing to play for each other”.

“It’s an egoless willingness to contribute to the team at all costs. With that as the baseline, the sky's the limit.”

Ed believes that athletes deliver on this mindset of contribution and high-performance.

“The soft skills and the skills that you can’t teach are the skills that athletes are immersed in 24/7, 365 days a year. It is the greatest university to operate in a fast-paced environment that anyone could go through,” he explains.

“Additionally, sportspeople can bring a rare mindset of high-performance into the world of startups. They have a willingness to constantly evaluate, take feedback, want to get better, and reach for the pinnacle.”

Ed’s advice to athletes making a successful transition into the world of startups can be simply summed up as ‘check your ego at the door and get ready to work’.

He says “start from Base Camp to climb Everest again”.

“To get dirty at Base Camp and start again is a willingness that not everyone has, but the ones who do are the athletes that I think have transitioned the best.”

By
Bronte McHenry
After seven years climbing the management consulting ladder very quickly, Kiara Olrich knew it was time for a change.

By
Matthew Tracey
Employee Share Schemes are commonplace in the startup world... but Australia's ESS approach has typically lagged on the global stage.

Bridging the divide between students and startups

By
Cameron Ensor
Students are to startups what pineapple is to pizza. Don't believe us? Read on...