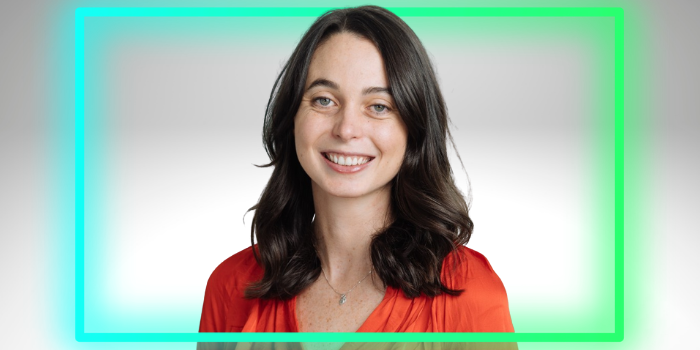 Maddi Ingham grew up in New Zealand, and was one of those sporty superstars with enough energy for five people. Notably, she's carried this give-everything-a-go attitude into adulthood.

After studying law and accounting, and spending two-and-a-half years working in management consulting, however, she was facing burnout, and considering her next career move.

Thankfully, some encouragement from friends, the Women Fellowship and the power of LinkedIn helped her secure a job as Chief of Staff at ChefPrep.

Here’s how she got there.

“I grew up in New Zealand, and spent most of my time in Christchurch,” Maddi tells me.

“I have two incredible parents, and an older sister who is everything I wanted to be in life. She is super driven and motivated, and is now living in the US with a dream job. Safe to say, I had a great role model growing up.

“I was a very active kid. Honestly, I feel exhausted thinking about how much I did in high school. I used to have this tiny little notebook that I would carry around with my to-do list in it. Sometimes, it would span three or four different pages.

“I was a massive sports person. I was a national champion rower nine times over, and loved netball, basketball and cross country. I was also super nerdy, and signed up for all the committees and volunteering activities.”

“I went to Otago University, which is in deep-south New Zealand. I studied law and accounting there, which was a really good base for business knowledge on the accounting side and then structured thinking on the legal side,“ Maddi says.

“I did internships all through uni at various law-accounting firms, and realised very quickly I didn't want to be an accountant.

“At first, I thought that meant I would follow the law route, but then, by fluke, I happened to go to a Boston Consulting Group info session. I thought management consulting sounded awesome, so I applied, and ended up working at BCG for two-and-a-half years.

“I was never a lawyer or accountant, and probably never will be.

“I think a lot of people who've worked in professional services can relate to a growing feeling of burnout, and coming to realise that maybe management consulting isn’t what you want to do for the rest of your life.

“It was when I hit the two-year mark at BCG that I was trying to figure out what I wanted to do next.

“I had hoped I would work on a project that would help me identify my next step, but I hadn’t really landed on anything concrete.

“I was considering going into social-impact consulting or into the public service. But the more I spoke with my friends, the more I realised startups was the route I wanted to pursue, and that the Women Fellowship was like the perfect road into startups.”

“My favourite part about the Fellowship was the women and the network.  It’s comforting and inspiring knowing you are surrounded by 100 other women who have similar feelings, who are going through the same process, wanting to make a change, searching for meaning,” Maddi tells me.

“The Fellowship didn’t change my views, it helped to actually just shape them entirely.

“So for instance, other than watching US political dramas, I'd never heard of a Chief of Staff. Whereas now I am a Chief of Staff. Going through the Fellowship helped me to hear about the role, learn about it and then go and find it.”

Part four: The power of LinkedIn

“I had this really great plan for how I was going to reach out to all these companies that I thought were cool and pitch both myself and a chief of staff role to them,” Maddi says.

“As I was starting that process, Josh Abulafia reached out to me on LinkedIn and asked if I wanted to grab a coffee. At that point I was so open to everything, so I said yes.

“We got a coffee, and it turned out he wanted me for a chief of staff role. He honestly has a knack for finding people and knowing what they should be and want to be doing. It's a very impressive talent.

“I then met Josh’s co-founder Elle Curran, and I got on really well with both of them.

“ChefPrep is at a very early stage, and this appealed to me because I want to help build something from scratch. The role was a combination of a lot of things that I wanted.

“It was a no-brainer.

“My role is super varied. (I feel like everyone says that about their role.) I do a lot of the finance and accounting stuff, so helping to raise capital, our books, all of the invoicing payment processes. I do lots of the people and culture things, because we aren’t big enough to have a designated person. And I work on a whole bunch of company-wide projects.

“We are literally working out of a warehouse right now. There are dogs running around and construction being done around me. It’s definitely got that early-stage vibe, which I love.

“I couldn’t be happier.”

Why we’re building an MLP, not an MVP

By
Zak Islam
We're proud to invest in Butter as part of our Winter22 Accelerator cohort. Here's why.