WTF does an Operations Lead do? 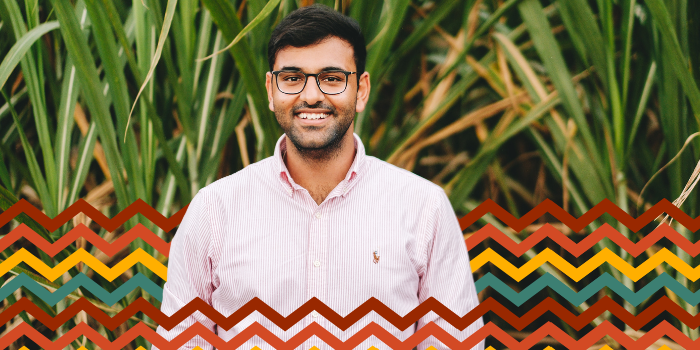 An operations team will generally be obsessed with learning, work on more cross-functional projects than any other team, and have a front-row seat to a startup’s growth.

But what does this mean in practice? What are the day-to-day responsibilities of someone in operations? How do you break into this space?

In my pursuit of answers, I put these questions to Kanav.

Can you briefly describe the business operations role?

Operations is all about keeping the wheels on the business, and enabling the rest of the organisation to continue to grow as quickly as they can. Of course, that in itself looks different from environment to environment.

Tell me how you moved from consulting to a role in operations?

A couple of years ago, I was working in strategy consulting at Deloitte. I was probably living the management-consulting dream: lots of projects, lots of assignments, lots of PowerPoint slides, lots of travel. But I wanted to move into a role where I could have a bit more of an impact.

This is a desire a lot of Fellows will relate to. I can say this because I actually am a Fellow. I was part of the second, smaller Fellowship back when it was a multi-gender cohort.

The Fellowship was a big catalyst for my transition into the startup space. During the program, I was introduced to the founders of Dovetail. At the time, it was a company of three people.

The opportunity to join the Dovetail team in a business operations role morphed from conversations with Co-Founder Benjamin Humphrey about their operational challenges and opportunities.

What are your core responsibilities?‍

I see my role as having four key strokes of responsibilities.

The first stroke is running business-as-usual functions in a product-led growth company, which includes things like finance, legal, accounting, tax and managing ESOP pools. It’s a lot of what I see as ‘the serious stuff’. A lot of it is wildly irreversible and really important to get right.

The second stroke is a lot more strategic. It's running strategic projects that touch a lot of the other parts of the business or impacts them in a really sizable way. For example, international expansion, capital raises and office expansions. This stroke ties back to that broader piece of enabling every team to do their best work.

The third stroke — and this emerges over time depending on the size of the organisation — is driving cross-functional alignment. As a startup grows, barriers to communication and relevant information sharing can increase, so this stroke is about making sure everyone's got the right level of understanding and clarity as we scale. Systems, tools and processes play a massive part here.

The final stroke is leadership operations. It's quite a chunky one. It's all the exec admin, all-hands meetings, shareholder updates and board meetings.

Over time, as a startup gets more mature, some of these responsibilities will start to split out into more specialized functions and roles, but at the very early stage, it’s pretty much anything and everything that's in that boat.

What are some of the core skills you need to succeed in an ops role?

Based on the strokes I just described, being a jack of all trades or at least having a super-learner approach is quite important to succeeding.

You'll also see there's absolutely no way to get through everything that an Ops function could tackle. So one of the key things is being quite pragmatic about what things actually matter and then understanding how to prioritise. You need to be able to assess what's actually really important for where the business is currently at. At Dovetail we always ask ‘are we working on the things that will yield the highest ROI?’ It’s a very uncomfortable question to be continuously asking all the time, but it’s so, so important. Time is of essence and a really important asset in startups.

When it comes to your strategic projects, having a structured problem-solving approach is also really, really important. What's the next country we should expand to? How much space do we need for an office in the next two years? These are questions which are quite hard to answer when you're growing rapidly year-on-year.

Being an over-communicator is also an asset. The operations team holds a lot of information about the business, and being able to articulate it clearly to team members and stakeholders is really important.

And the last one is being really willing to learn. There is no way anyone could come into the operations role knowing everything. We will always be beginners in some areas. That’s the exciting part about being in operations, in my opinion — you’re always learning new things from scratch.

What was the steepest learning curve you faced in your first months at Dovetail?

My biggest learning was actually the need to unlearn lots of ways of working.

To add a bit of colour to that, I came from a strategy background, where you have a formal, strategic toolkit that guides reaching outcomes. This makes sense in large organisations with more stable business models, but this level of rigour doesn’t always work in an early-stage startup that is constantly evolving. I therefore had to scale back a lot of deeply ingrained ways of working and decision-making.

This is a common experience for those in operations with professional services backgrounds. It’s part of the journey, and quite a fun part too.

People often think they need to be a specialist in order to land an operations role. This just isn’t true.

What do you love about your role?

The diversity of work. It just keeps things fresh. I don't know what my next week will look like and that's exciting.

The other thing I like is the horizontal nature of the role. Ops is across the whole business. We know what's happening across teams and have a level of visibility into how the company actually works. When you work in ops, you have a front-row seat to see how a startup goes from zero to one.

Admittedly, operations can be fatiguing from time to time, given the pace at which startups can grow and the need to keep up learning and having an impact. But this learning is also what I love the most.

What advice do you have for someone pursuing an operations role at a startup?

Focus on your transferable skills.

Ask yourself: what are the valuable ways of working I can bring to a startup? These could be constructive problem-solving or communication, for example. Do you have a strong technical arm, which a startup could find really valuable? Don’t be afraid to be transparent about your areas of interest and growth path too. What are the specific growth areas you want to go deeper on, but don't know enough about?

Just be yourself too.

I remember wearing a suit to one of my first interviews at Dovetail. I was quite out of place. I loosened up after that and it was a lot more enjoyable. Startups are definitely a space to be yourself and let your personality shine through.

At the end of the day, startups are essentially a group of people working together towards a collective goal. So the more fun it is along the way, the better.

By
Iris Chen
For students on the cusp of making career-defining decisions, Folklore VC Partner Hannah Field's journey is both inspiring and reassuring.