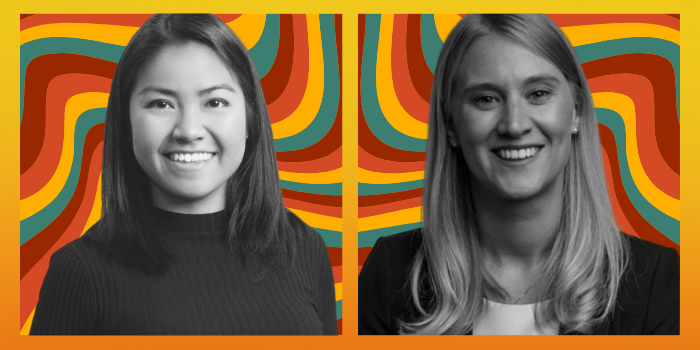 The ‘Chief of Staff’ role is as sought-after as it is misunderstood.

Admittedly, much of this confusion comes from the fact that there’s no corporate equivalent, and in startups, no two chiefs of staff are the same.

So what can a chief of staff role look like? What could your day-to-day responsibilities be? And how do you move into this role?

Thuy, what motivated your decision to become a chief of staff?

My career started in investment banking; I later moved into private equity. It was a funny time. I spent a lot of time sitting in rooms looking at PowerPoint slides. I knew I wanted to move into a hands-on role.

I actually met Harrison.ai Co-Founders Aengus and Dimitry Tran when I was working in private equity. When they spoke with me about working with them, I was thinking of doing an MBA. But I thought, ‘I’ll be in a hands-on role, working with friends, with a great mission to democratize healthcare, why not?’

By the time they raised their Series A round, I was ready to make a career switch, and joined the team as Chief of Staff.

Anna, how did you find yourself on the path to chief of staff?

I was working at a Sydney law firm when I decided to start exploring other options. I had no idea what I wanted to do. I considered consulting, and working for a not-for-profit, and eventually landed a customer success role at Forage.

After a couple of months, I transitioned into a product manager role, despite having no idea what the role entailed. My blind naivety was a blessing in disguise. I learnt so much in the year I spent as a Product Manager, and was involved in every part of the business, from product and software engineering to sales and customer success.

When we raised our Series A round in 2020, we hired a team of product managers, and our CEO Tom Brunskill suggested I move into a Chief of Staff role.

Product manager to Chief of Staff might seem like a strange leap, but it was a fairly smooth transition because I had been involved with so many different parts of the business. I was able to jump in and immediately start to understand where I could be most helpful.

Thuy, what are your core responsibilities?

I think of my role as threefold: projects, processes and people.

Strategic projects take up about 60-70% of my time. Harrison’s business model is to partner with healthcare operators, get access to their data, and from there, create subsidiaries to then develop AI solutions. In the context of strategic projects, I am mostly involved in the creation, negotiation and setting up of those healthcare ventures, largely because my background is in financial and deal structuring. I also work with Harrison’s board of directors, and existing and future investors, on Harrison’s capital raises.

Processes refers to the work I do to support our CEO. I prepare for board meetings, write board reports, run planning workshops, organise strategic annual reviews, and run most executive meetings.

And finally, there’s people. Before we hired a chief people officer, I helped with both executive interviews and general team interviews, but now, my people responsibilities largely relate to organisation design.

Anna, what are your core responsibilities?

I think of my role as having two components.

The first component is supporting the CEO. This can mean helping with decision-making, being a sounding board, acting as a trusted advisor, and sometimes shooting the breeze just to take a break.

A chief of staff spends a lot of time with their principal, so it’s important to foster a close connection. If you don't feel comfortable chatting and delivering truth-bombs when necessary, it will be draining and stressful.

The other component is supporting the business and operations, within which, there are a number of buckets I have responsibility for.

We don't have a chief people officer at the moment, so I'm responsible for people and culture. This covers everything from recruiting, hiring, onboarding and HR-related stuff, as well as (touch wood we don't do a lot of this) off-boarding. It also includes mapping out our hiring pipeline and rolling out diversity, equity, inclusion and employee wellbeing initiatives.

The second bucket is strategic projects, which is exactly what Thuy referred to. It's about taking the founder’s ideas and executing on them.

The third bucket is board and investor relations. This involves preparing for board meetings, preparing investor updates, all that sort of stuff.

We're about to hire a legal counsel, but until then, I am also responsible for all-things legal. Where there's no existing function, it’s pretty typical for a chief of staff to step in.

Anna, what are some common misconceptions about the chief of staff role?

I often have conversations with people who ask ‘what does a chief of staff do?’ I have to remind them that I can only tell them what I do. It's not a one-size-fits-all role; it really depends on the size and stage of the company and also what your principal needs.

Anna, what was the steepest learning curve you faced in your first six months?

It was leaning into being both reactive and proactive at the same time. By this I mean the reactive tasks that need attention immediately and the proactive projects that you can’t lose sight of in the chaos.

I also had to get comfortable with experimenting. You really don't have time to mull over things and do heaps and heaps of research. In a chief of staff role, you try something, and if it doesn’t work, fine, you move on or try it in a different way.

Thuy, what about you?

My biggest learning curve was one Anna probably won’t relate to, which was getting myself up to speed with corporate law. When Harrison started, we had two boards of directors and three subsidiaries. I don’t have a legal background, so my first three months involved learning corporate law 101.

Thuy, what do you love most about your role?

Funnily enough, context-switching is now what I like most about my role. I’m across everything in the business and have insight into Aengus’ and Dimitry’s heads. It's so fascinating to watch the business unfold.

Anna, do you have any parting advice for those considering a chief of staff role?

As you know, I started in customer success, moved into product, and then moved into the Chief of Staff role. This can be a really great pathway.

If you do take this approach, I suggest getting across as many different parts of the businesses as possible, so that when you step into the chief of staff role, you have a bird's eye view of the organisation and can sit across multiple functions.