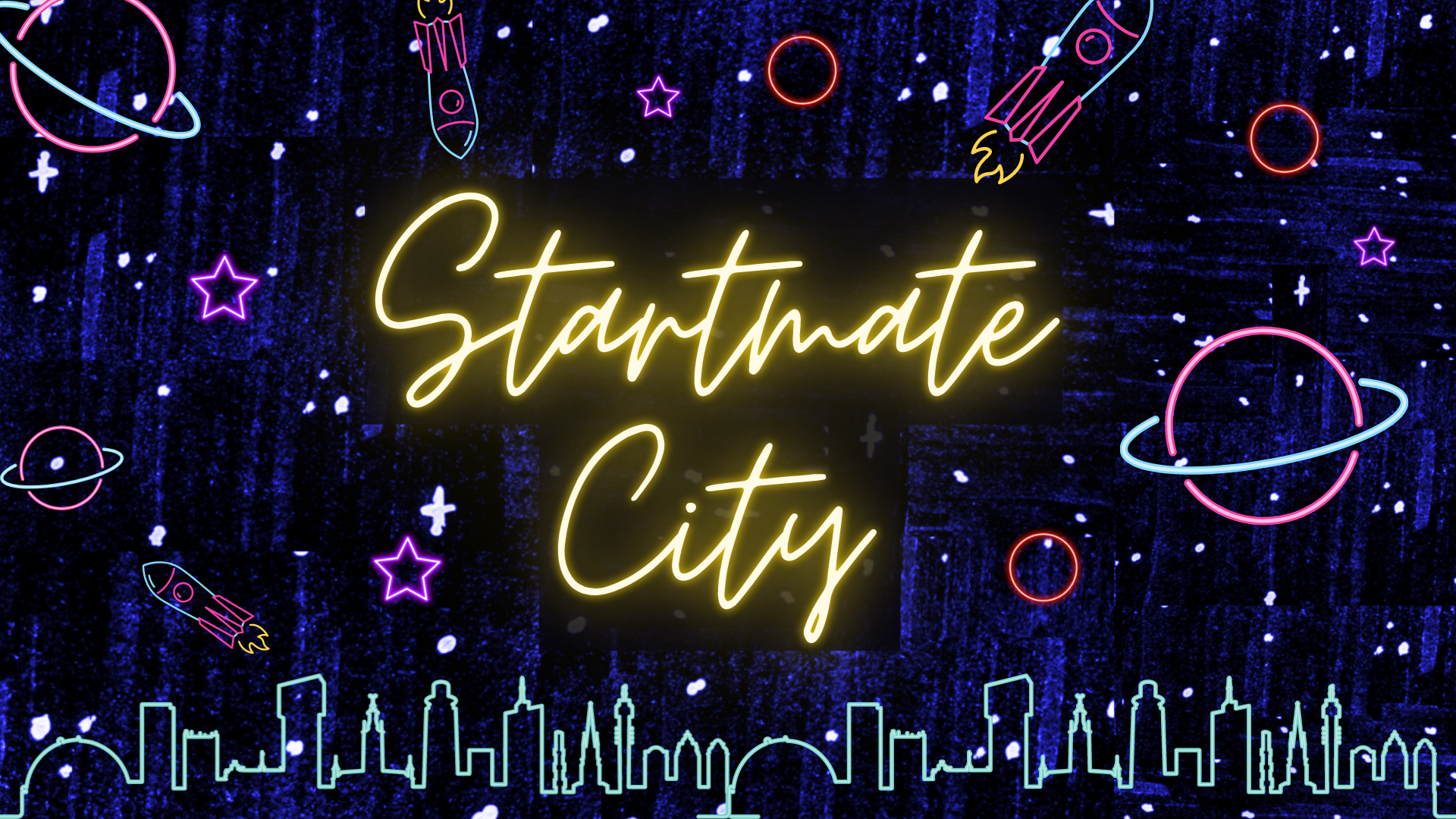 "For anyone thinking Australia is lacking in vision, just talk to Startmate's Lauren, Michael, Sophia or Sascha. They have a vision..."

This is the lead of a six-page feature that headlined The Australian’s new magazine The List: 100 Innovators 2021.

What is this vision, you ask?

Curious? Startmate CEO Michael Batko outlined the why and how of this bold vision in a recent presentation to the Startmate Family. You can watch the presentation below or dive into the edited transcript.

The vision for Startmate City

Startmate is the epicentre of startup ambition. Every time we do anything at Startmate, we ask ourselves, how can we increase the chances of startup success? That is our number one goal. And it’s guided by a three-step, 10-year master plan.

Step one is about backing the most ambitious people starting companies. The second step is about surrounding these ambitious founders with the right team. And step three, which is why we are all here today, is building a space that helps everyone rise together.

We’ll be talking a lot more about step three soon, but first, how are we actually going on steps one and two?

Steps one and two: Founders and operators

On step one, we've now backed over 170 companies and we now raise roughly $5 million every year. It's a sizeable operation. Our cumulative portfolio companies are worth almost $2 billion.

Where we are headed is backing founders before and after the early-stage. On Monday, we are kicking off our Founders Fellowship — a program of 90 people who are going to be meeting co-founders and starting companies.

We also want to be playing in the earlier stage, with what we call our Small Bets Fund. It’s also launching in August, with $1 million committed, of which $300,000 are already signed. The idea is to back businesses as early as possible, all year round, outside of the traditional Accelerator cycle. We'll be writing those $25,000 cheques as early as possible.

And then, we also want to back later-stage companies. There’s now such a massive Startmate community, at the Series A, B and C stage, who want to be supporting each other. We don't support them in a structured way yet, so we are going to launch a Growth Club and raise a Follow-on-Fund so we can support our alumni family years and years into the future.

So step number one is well under way.

You would've seen plenty of news about our progress on step two.

One of the hardest founder challenges is hiring a team, and finding exceptional people and supporting them to do their life's work. This is the driving force behind our three Fellowship programs.

Over the past two-and-a-half years, we’ve had more than 250 women go through the Women Fellowship, with 70% of those landing a startup job, which is just simply incredible. We then built the Student Fellowship. We’ve now had over 200 students go through the program, and many are landing jobs already.

And finally, often, a startup’s biggest challenge is hiring software engineers. So our third program is the Engineering Fellowship, which is kicking off in two months.

The goal is to have 20% of all operators come through Startmate. If you think about the fact that the tech industry has roughly 860,000 people working in Australia, that’s 170,000 people going through our programs.

This brings us to step three, which is bringing everybody together into one space. And I do genuinely mean a physical city.

Ambitious people are drawn to each other. They flock to the same place so they can surround themselves with people who are like-minded and share similar values.

This concept is already proven within startups. The reason people come together as organisations is because of a shared belief. This is the vision we have for Startmate City as well.

How does a city actually help startups?

Well, even though we are in a remote environment right now, working from home, it still matters how physically close you are to somebody.

At Startmate, we like to compare this idea to a chemical reaction. The goal is to get all of the right ingredients into the same space, to make the environment as dense and as rich as possible, and then add diversity of experience. And then what happens is all of those different ingredients collide, they have reactions, and they trigger more reactions.

With a city, the idea is to bring everyone into the same physical space to get ideas colliding and ambition rolling.

Why would we start a new city?

Second, post-COVID, everybody will be looking for a new lifestyle, and deeper connections with people in their environments.

Third, we will actually be able to come up with new immigration laws and concessions to benefit startups.

And finally, eventually, you could even build a city-wide ESOP pool, enabling everybody to be co-owners of the city or the organisations in the city.

How do you build a city?

You might think I'm crazy, but a city in its simplest form is just governance and legal.

It’s similar to a software stack or a technology platform in the sense that there is an inherently high cost to setting it up, but once you have it set up, you can actually scale it infinitely. Every single additional unit and every single marginal person you add doesn't cost you anything.

So the way you want to start a city is exactly how you’d start a startup.

You start with a bold vision from the get-go and you market it to people. Ultimately, people who move to your city are your customers, and you need to sway them to commit to the big switching costs of moving from one city to another city, which is why it’s a massively powerful incentive to make those laws fair and appealing.

Why the hell would anybody move to Startmate City?

Well, Startmate is only getting bigger. Even if we just moved all of our programs into a physical space, that would mean roughly 1,000-2,000 people going through our programs in the next year alone.

And this is how the flywheel spins. Ambition breeds ambition.

The whole idea of Startmate City is centred around shared beliefs and values. We want to build the city around the values of Ambition, Ownership, Making Our Kids Proud, Experimentation and World-Class.

How are we actually going to achieve this vision?

There are four steps.

Step one is to identify the right people in government. But which government wouldn’t want to have a 1-million-person technology city in their state? In fact, off the back of the feature in The Australian today, I have already had a couple of states hit me up to start that conversation.

Step two is to get the rights to establish a special economic zone. Governments can give lots of autonomy in different rights and legislation to make business easier, to make experimentation for startups easier, in the context of immigration rights to make it easier for talents to cross borders.

And then you want to set up an incentive structure for your anchor tenants, encouraging big companies and startups to move there.

And finally you go into the actual development phase itself. The good thing is, there is a Charter Cities Institute in the US which has lots and lots of the pre-work already done. And there are a handful of cities starting around the world which are doing some of this work too.

The call to action is please connect me with anyone you know in a state government or federal government who can help us on this journey.

You can also register your interest in Startmate City and tell us how you want to help. And of course, you can spread the word.

By
Royina Bakshi
Lydia and Esther have both been athletes since they were teenagers. Now, they're also the co-founders of female fitness startup Femmi.

By
Chris Quirk
We're proud to invest in Tutero as part of our Winter22 Accelerator cohort. Here's why.

An ode to ambition