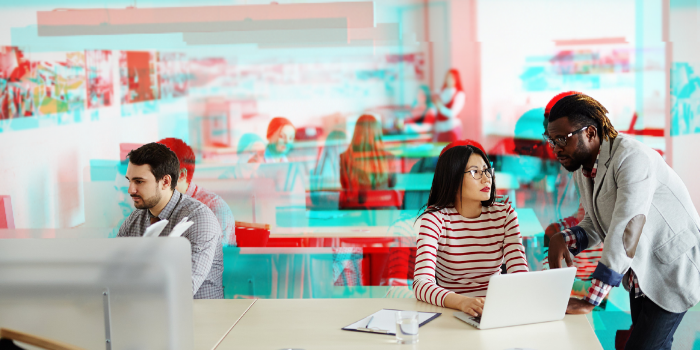 Employee Share Schemes, or ESS, are commonplace in the startup world. Many companies, but especially startups, use ESS to align the interests of employee and employer, compensating employees  by giving them a share in what they create.

But Australia has typically lagged the rest of the world in its approach to ESS.

Why does this matter?

Australia is a vibrant and enthusiastic startup community. Leaders and builders from across the ecosystem are quick to press the need for more funding, more focus, more emphasis. We want, among many more things, the promotion of STEM in education, the need for targeted immigration programs to attract talented people, and further funding of research into the frontiers of technology.

The ‘full-stack’ approach also includes making sure our regulatory and tax structures allow the value to be shared with those who created it. ESS is the first tool to achieve that ideal.

As it stands, it is time consuming and expensive to set up and administer an ESS scheme in Australia.

However, the Commonwealth has signalled its intention to modernise the legal and tax treatment of ESS with its recent release of Owning a Share of Your Work: Tax Treatment of Employee Share Schemes, a report by the House of Representatives Standing Committee on Tax and Revenue.

The purpose of this article is to unpack this report, pull out some notable submissions, and look ahead to a time when the report’s recommendations take on the force of the law.

While ESS have been popularised by Silicon Valley startups, the ‘option’ instrument has been around since ancient Greece, where it was first used to speculate on the olive harvest.

Unfortunately, Australia is trailing behind the rest of the world in its approach to ESS. While the lack of quality data makes any comparison difficult, the size of assets in employee option pools in the United States is approximately A$1.9 trillion — roughly the size of all APRA-regulated superannuation funds in Australia.

The size of the Australian option pools are not published, but the ATO recognised that in years past, between only 200,000-300,000 tax exemptions for ESS were sought. This suggests that ESS uptake in Australia is minuscule compared to other advanced economies.

One of the major issues blocking the uptake of ESS in Australia is the complexity required to establish and maintain such a system. Often, companies will need to invest in costly legal, tax and accounting support to establish an ESS.

What are we aiming for?

StartupAUS (now, the Tech Council of Australia) said it best in their inquiry submission:

“Equity/options packages are ubiquitous in the global technology talent landscape — Australia’s ability to compete on this score is fundamental to our ability to attract and retain world class talent.”

The Committee received over 30 submissions to its inquiry, including from technology companies Palantir Technologies, Atlassian and Stripe — and others including StartupAUS (now the Tech Council of Australia), King & Wood Mallesons, National Australia Bank, and Ernst & Young.

Most submissions addressed two prevailing themes — the time and expense involved in setting up and administering an ESS scheme, and the unfair taxation treatment of ESS compared to other counties.

One of the most draconian provisions of the Income Tax Assessment Act 1997 says that an employee with an ESS interest (such as a share option) might need to pay tax on those shares upon leaving their employment — regardless of whether those interests may be sold to pay the tax bill.

As submitted by Palantir Technologies:

“The talented engineers who join companies like Palantir are the very same people who are more likely to start their own enterprise, and in turn, create jobs and economic value for other Australians ... It is not clear why two employees should receive different tax treatment where they hold the same ESS interest, where one employee continues working and the other ceases employment.”

Helpfully, the government has already incorporated a change into the 2021 Budget that would remove ‘cessation of employment’ as a taxing point (though this change is yet to be formally passed into law). Instead, employees would pay tax on the interests at a later point when, ideally, they might be able to realise some value in the underlying shares.

In 2015, the government made changes to the ESS regime relating specifically to ‘startups’. The amendments allowed certain early-stage companies, and their employees, to take advantage of specific concessions including, for example, the deferral of tax until the exercise of their options and extending the maximum time for tax deferral to 15 years.

In their submission, Atlassian advocated for the expansion of these concessions to induce more people into the technology sector:

“As a knowledge-based industry, the technology sector’s lifeblood is its human capital—the people who innovate valuable new products capable of competing on the global stage. Australia’s technology economy will only gain if more talented people choose to enter its ranks via the start-up ecosystem, whether domestically or from abroad."

In terms of making ESS simpler to administer, the Committee recommended that “the Australian Taxation Office establish a one stop shop approach to ESS, including documentation, processes and Australian Securities and Investments Commission reliefs to enable start-ups in particular to find all they need in one place, combined with a helpline to answer any questions specific to their circumstances”.

The long-term goal should be for ESS to be as easy to take on as superannuation. After all, compared to other countries around the world, Australians are generally well versed in the theory of retirement savings.

The government should aspire to adopt model regimes for ESS, akin to super, that would allow businesses of all shapes and sizes to share the success that they create with those responsible for creating it. The United Kingdom leads the world on this front — and while they have some way to go, it’s reassuring that the Report identified the UK as a place from which we might learn.

The next generation of Australian founders are likely to come from, at least in part, other companies that already offer an ESS. Any unreasonable restriction that might dissuade them from starting the next big thing is a handbrake on innovation — and the economy at large.

Employee Share Schemes can strengthen the bond between the employee and the employer. But, when the spark of innovation is so bright, ESS shouldn’t stand in the way of any entrepreneur from taking that next step. In doing so, the entrepreneur should also be able to easily share the success of her new venture with her employees.

This is how you build a flywheel.

The Committee, to their credit, recognise this, and should be applauded for canvassing the views of a wide and diverse group of stakeholders. In crafting their recommendations, they’ve set the course for Australia to improve how it treats those Australian entrepreneurs who want to share in the success they create.

The journey isn’t over — but we’ve taken a huge step.

Disclaimer: Matthew Tracey works at Palantir Technologies and wrote their submission to the Inquiry.

'I have a way closer connection to the people I'm helping': Eucalyptus' Head of Engineering Davina Adisusila reflects on two years of startup life

By
Bronte McHenry
When Davina Adisusila quit her job at Atlassian and accepted a job at Eucalyptus, she was prepared for and excited about a change...

By
Zak Islam
We're proud to invest in Butter as part of our Winter22 Accelerator cohort. Here's why.

How to break into product management