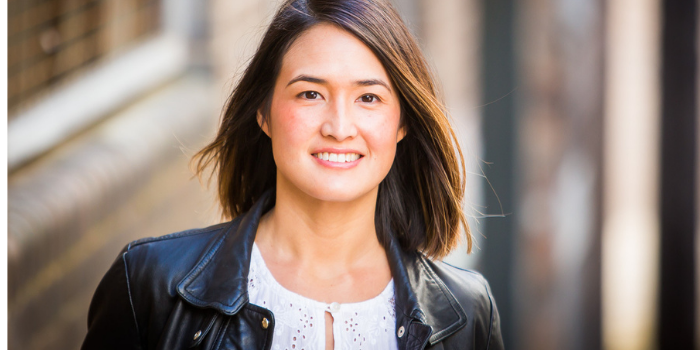 What do all these headlines have in common? They focus on the women who are transforming the face of venture capital and investing in Australia and New Zealand.

But while leading women investors might be turning heads, there still aren’t enough women in investing roles more generally.

The reasons for this are admittedly varied. The stereotype is that many women don’t think they are right for VC.

But according to Samantha Wong, that stereotype is wrong.

“The most unlikely of backgrounds”

It’s a commonly held preconception that venture capitalists need to come from a finance background.

“Historically, this was probably true. Most people in VC [in Australia] did come from a consulting or banking background,” Sam tells me.

“And it might still hold true for growth-stage venture investors. But the lion’s share of investing in Australia and New Zealand is not in that category.”

In fact, “history is littered with VCs who have come from the most unlikely of backgrounds,” she says, including “startup operators, journalists and podcasters”.

And if you take a closer look at Silicon Valley and other mature technology ecosystems today, Sam says you’ll find most VC investors come from founder and operator backgrounds.

Sam is one such VC. She started her career as a corporate lawyer, before hustling her way into product, and then founding a startup and going through the Startmate Accelerator program. She was then offered a “jack of all trades role” at Blackbird, where she “got apprenticed into VC”, became Partner, and eventually moved to Auckland to launch the firm’s New Zealand fund and office.

So while banking might give you a leg up when it comes to company financials, “law teaches you very rigorous analytical thinking, how to structure your ideas logically and how to communicate,” Sam says.

“Communication is such an under-appreciated part of most jobs, but especially this job. You’re chucked in the deep end very often, in totally different markets and business contexts, and you have to absorb it all really quickly and form decisions.”

Meanwhile, working in product will give you surface area to spot trends and invest in products with potential, as well as enable you to see how a product roadmap might evolve over time.

And if you’re a founder, then you’ll have a network, and empathy for the founder experience, both of which will prove invaluable when you’re sitting on the other side of the table.

“Young person and old person in one person”

While there might not be a venture capital archetype, Sam says the VCs she admires most are an odd combination of youthful curiosity and ageful wisdom.

“VC is a ‘young’ person's game, because you need to be constantly looking at the new waves of technology that are right out the back. You have to be tapped into the zeitgeist,” she explains.

“You have to love testing new things, and tinkering with things that are kind of ugly and broken still.

“You have to have an intellectual elasticity to imagine what’s not there yet. And that just gets hard to maintain as you get older, and also as your time gets more scarce.”

“You need a lot of wisdom and a lot of emotional maturity to navigate the complex issues that come up in startups, and particularly early-stage startups,” Sam says.

“Humans are complex, and humans who are under sustained stress for long periods of time are complex.”

“Ultimately, it’s a very strange combination of young person and old person in one person.”

“I found my people”

Six years ago, Sam fell in love with VC because of the first-hand influence she was able to have in the growth of an idea, founder and startup.

Back then, the community was of a size that enabled you to have an annual coffee with everyone.

“You would catch up with founders who were still at that idea stage, and have intellectual ping pong with them, and know that some thread of that conversation was somehow going to make it into what eventually became their company or their product,” Sam says.

“I can really clearly remember those moments with Michael Fox from Fable and Tim Doyle from Eucalyptus.

Admittedly, the Australian and New Zealand ecosystem is now too big to have a coffee with everyone, every year… but this might actually be a boon for aspiring investors.

An ecosystem’s growth is correlated with the success of the companies within the ecosystem, Sam explains. So because the Australia and New Zealand ecosystem is “exponentially exploding”, opportunities are being created for current and inspiring investors alike.

“That’s why we are seeing fast promotions of women into GP roles and women starting their own funds.”

And that’s why so many women are rising up the ranks in VC firms, Sam says, naming Folklore’s Hannah Field, AirTree’s Elicia McDonald and Jax Vullinghs, and Square Peg’s Piruze Sabuncu.

When asked if women are climbing the ranks within VC quickly enough, she says “it’s almost hard for me to imagine how it can get faster, other than from more women jumping in and getting started”.

“Every venture fund I know wants to hire more women, is crying out for more women candidates to apply for their roles,” she explains. This is why she’s sounding a call for more women to give investing and VC a shot.

“I had bounced around all these different places in my career, and then I found this amazing, vibrant community,” Sam reflects.

“I found my people … I felt that I had come home.”

Why Matt Hollis and Jarrad Seers’ startup kicked off Startmate's Accelerator with paying customers... and emerged with a new name and product

By
Matt Hollis
They say you won’t recognise your company and product by the end of Startmate’s Accelerator. When my co-founder and I heard first this, we had a little laugh to ourselves...

By
Will Richards
Alex Pan and the Storipress founding team are on a mission to build the future of culture.