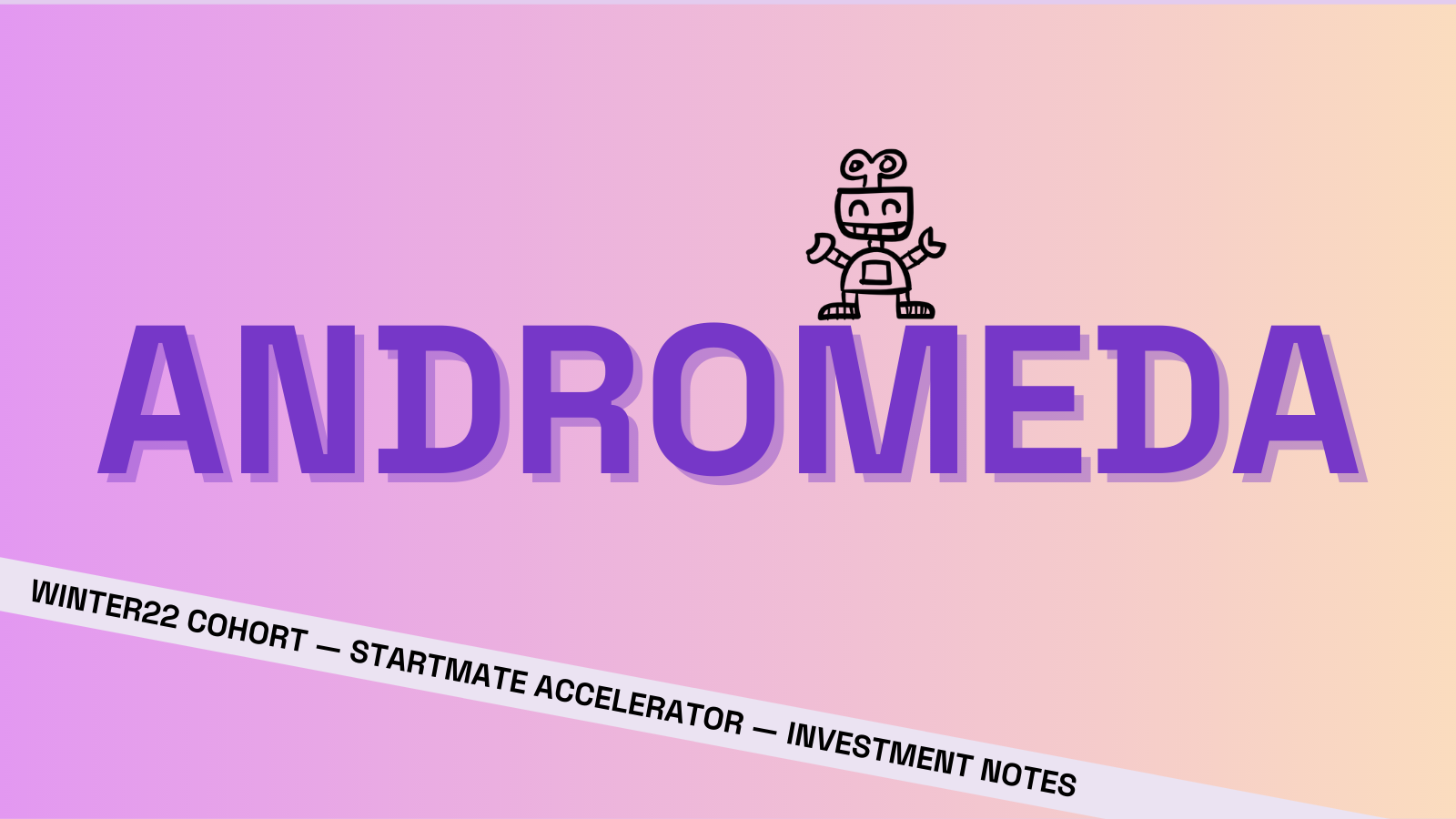 Co-founded by University of Melbourne robotics graduates Grace Brown and Tasmin Ahmed in early-2022, Andromeda is building robots that resonate with people.

Grace and Tasmin’s first robot Abi is an endearing, multi-talented humanoid robot who can help people maintain their independence, learn and socialise.

Ultimately, Andromeda is charting a path towards a future where robots are our best friends.

Simply put, Grace is a bowl of energy! Grace and her co-founder Tas possess a highly contagious, positive, can-do attitude, which our squad loves!

This energy is translating into growing recognition and progress too. While it’s not over yet, Andromeda’s Startmate journey is already full of achievements, including:

In the past eight weeks, Grace and Tas have kicked some major goals, including:

The movement to robotics is now.

Amazon’s acquisition of iRobot shows the move beyond voice assistants such as Alexa and Apple’s Siri to assistants with mobility. Meanwhile, Tesla wants to break ground with a human-like bipedal robot, and Xiaomi is trying to trump them by being first to market.

Grace and Tasmin are just the right distance ahead of the curve.

They have recognised the importance of getting the balance right between generating positive emotions in human interactions while not being creepy by copying humans too closely. Their ambition is complemented by their work ethic and willingness to do the hard yards directly with end user qualification.

This is a pair who are comfortable seeking out and taking on board input from the global community of leaders creating the future of robotics… even as they themselves play an important part in building this future with Andromeda.

Written by
@
Written by
Frederic Leforestier Frederic Leforestier
Angel investor and strategic advisor
@
many startups
LinkedinTwitter
Frederic is an angel investor and strategic advisor and a Startmate Mentor. He has experience in the FMCG and consumer goods sectors in Australia and has backed several high-growing Australian health food startups and consumer and lifestyle brands.

By
Bronte McHenry
Gopi Sara is a self-confessed ‘aspiring startup founder without an idea’, but he says angel investing offers him the taste of early-stage startup life he craves.