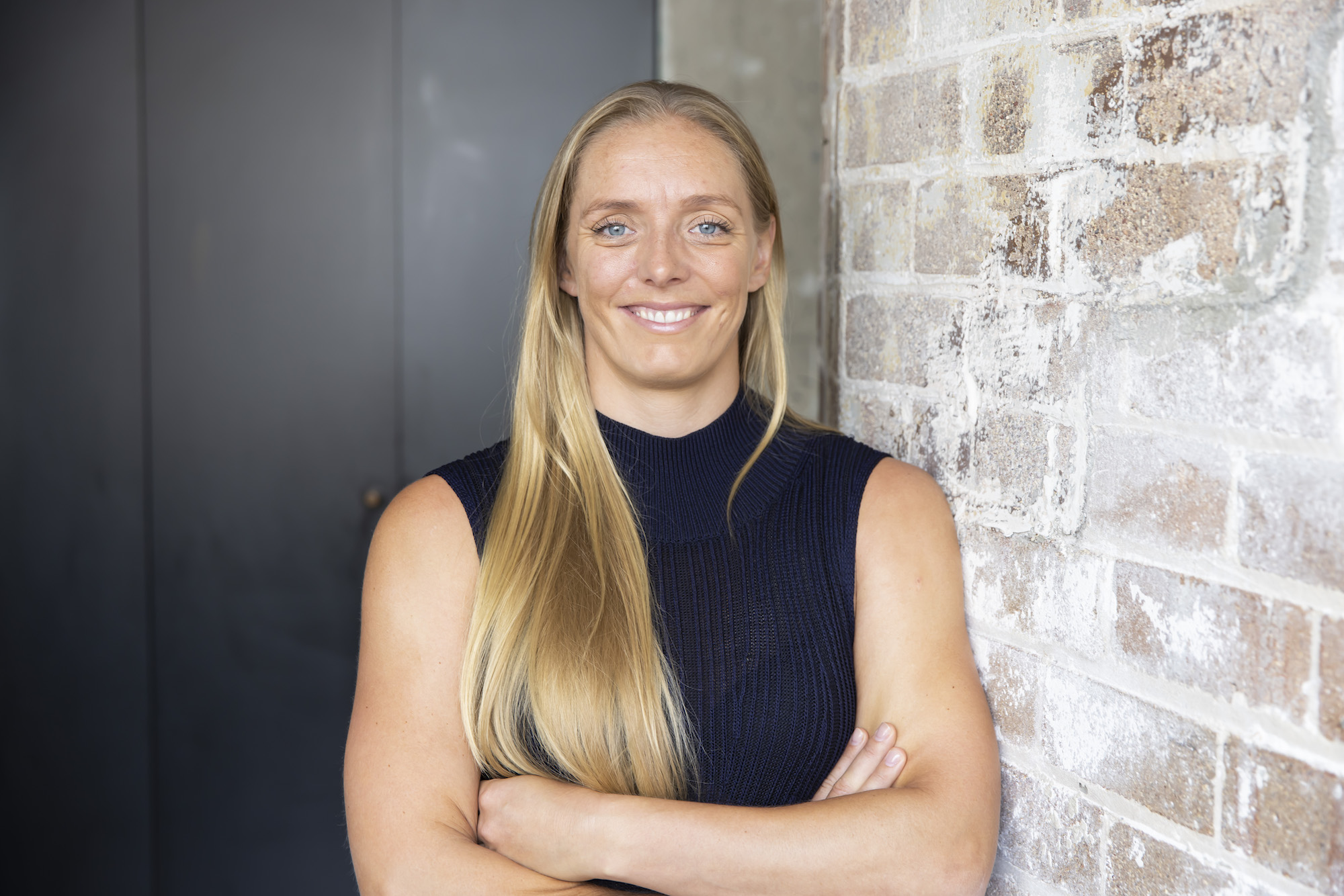 Learning to invest in startups is just like training as an elite athlete, says Christie Jenkins.

And she would know. She’s not only worn the green and gold for Australia in three sports — trampolining, CrossFit and beach volleyball — but she is also a First Believers alumni and one of Blackbird VC’s newest Investor Associates.

When training for the world stage, you find a great coach, surround yourself with people doing the same thing, and carve out the time required to go all-in.

Which is why, when Christie decided she wanted a job in VC, this is exactly what she did.

Putting in the work, day after day

“To really get good at something, you've got to really dedicate time to it,” Christie tells me, so after being accepted into First Believers, she took five months off work so she could immerse herself in the startup community.

“As an athlete, the best way to learn is get the best coach you can and surround yourself with other people doing the same thing (who are hopefully better at it than you),” she says.

“During that five-month period, I did the First Believers program for more structured learning.

“But I also met with 90 founders, had one-on-one meetings with 40 people that worked in VC, wrote three investment theses, mentored in several accelerator programs and advised a startup.

“I did literally everything I could to learn about startups and investing as quickly as possible.”

What’s more, she was also spending her time helping Matt DeBoer run Athletic Ventures — a syndicate of Australian elite athletes investing in startups — which gave her a taste of actually “talking to founders and doing deals”.

Discipline and an elite mindset

When asked what she looks for in a founder, Christie immediately says “ridiculously crazy ambition”, before hitting me with a second excellent sports comparison.

“When I was 10 and told people I was going to the Olympics, they said ‘that's nice’, but they didn't really believe in me. Founders get the same reactions when they talk about their goals,” Christie says.

Founders need the same mindset, Christie says, because they face high stress and high pressure. They are leading a team and going after seemingly impossible goals that everyone tells them are completely unrealistic.

“I really respect founders that bring the same discipline to running a business that you see in elite sport," she says.

"By this I mean taking on feedback really well, constantly thinking about how they could do things better and improve, having really strong goals and hitting them all the time, and being super calm and articulate under pressure.

“I love when I meet someone and tell them ‘this is what I could imagine for the future of this industry or the future of your company’, and they reply, ‘no, I'm going to grow even bigger or faster than that’.

“That’s ultimately what I look for in a founder.”

And it’s not just founders who benefit from an elite mindset, Christie tells me, but the best investors adopt one too.

“It's very easy to find reasons to say no to a company. But the reality is, and particularly for an early-stage company, you’re basically asking yourself if you believe this person can learn and grow and overcome obstacles, and if you want to be with them on the journey," she explains.

Similarly, she adds, “the very best coaches in sport are the ones that hear your dream and say I want to be a part of making that happen, and I absolutely believe that we're going to get there”.

One lesson that’s drilled into you throughout First Believers is to lend a helping hand, Christie tells me.

“There’s a natural power imbalance between an investor with the money and a founder who is asking for money,” she says.

"But in actual fact, if founders didn't exist, investors wouldn’t have the opportunity to invest and make money. We’d be out of a job.

“For that reason alone, the power dynamic should almost go in the other direction.”

With this perspective in mind, Christie advises budding investors to “be helpful”.

“That can range from making an introduction to a potential customer, to helping with a pitch deck, to testing out the product, to sharing your industry expertise,” she says.

“And sometimes being helpful just means being one of the few people in a founder’s life who believes in their seemingly crazy goals.”

What May Samali’s journey can teach you about building your dream life through courage, hard work and introspection

By
Royina Bakshi
It is easy to look at May Samali's professional achievements and attribute them to talent, luck or a great life plan. But it's years of consistent hard work, effort in the face of fear, failure and honest introspection that's helped her get to where she is today.

By
Bronte McHenry
Stephanie Hall has long been a thrill-seeking, socially conscious generalist. So it makes sense she spent the first part of her career suing dolphin hunters, the second part calling for climate action and the third in sextech.

How syndicates benefit founders, investors and the ecosystem to boot

By
Kylie Frazer
Syndicates can benefit founders who are unable to secure much-needed capital at their earliest stages and angel investors who may not be able to access the cap table directly.

Why Matt Hollis and Jarrad Seers’ startup kicked off Startmate's Accelerator with paying customers... and emerged with a new name and product

By
Matt Hollis
They say you won’t recognise your company and product by the end of Startmate’s Accelerator. When my co-founder and I heard first this, we had a little laugh to ourselves...