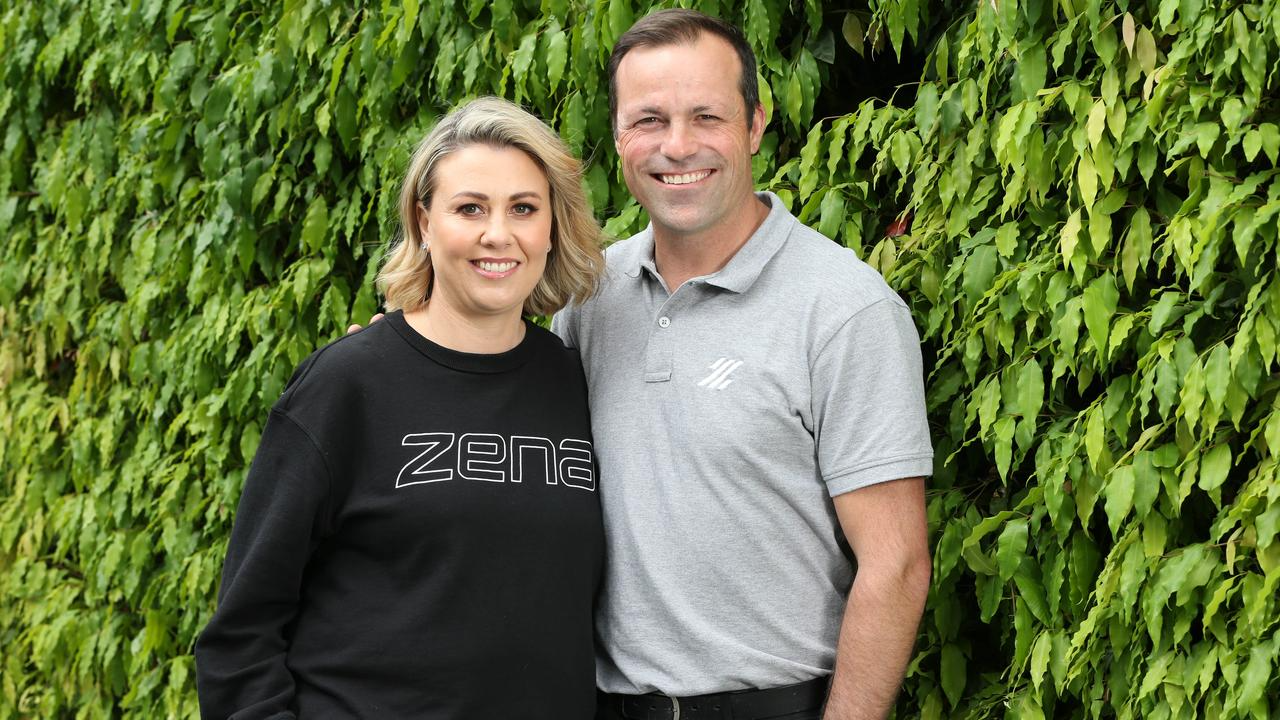 Seventeen seasons with the Western Bulldogs taught AFL great Brad Johnson a thing or two about the slings and arrows of startup life.

Together with his wife Donna, Brad is now Co-Founder of Zena Sport — a Geelong-based startup that’s designed protective sports vests specifically for women and non-binary athletes.

Zena’s patented design absorbs up to 70% of impact on the breast, chest and rib area while being lightweight enough that users forget they’re even wearing it.

With the explosion of participation in sport over the last few years, Brad says Zena answers the call for inclusive protection at all levels of the game.

“Our study of over 300 females involved in women’s sport showed a large number of female participants have received some form of breast or rib injury, yet often it went unreported,” Brad tells me.

“You’ve got adults that are playing football or sport for the first time, adolescents still developing and even mums returning to play who are still breastfeeding.

“We just want to see as many athletes out there playing sport and enjoying it.”

The power of constant iteration

To bring Zena to market, the team embarked on a four-year R&D process with some of Australia’s top sports research institutes.

“A big part of that process … was using the data to test and validate our findings,” he reflects.

“That’s a really important one we learnt while playing football: that you’ve got to source the information, don’t just pretend to know it.”

The team are now onto their third large-scale study with Deakin's Centre for Sport Research and used the findings to launch a second youth sport vest earlier this year.

Brad’s advice to budding founders is similar to what he says to young players: take the time to learn.

“You think you've got to rush, but we took our time to do the research behind the scenes to make sure that we could hit the market in the right fashion and have the impact that we knew we could,” he explains.

No stranger to a half-time spray from legendary coaches such as Terry Wallace and Rodney Eade, Brad says the ability to seek frank and fearless feedback is another great transferable skill athletes can take into the startup world.

As an athlete, “you’re not afraid to ask the question,” he says.

The Zena Sport Vest is now used by AFLW greats Daisy Pierce and Sabrina Frederick on game day, but Brad still says his proudest moment was seeing the prototype in action for the first time.

“In footy, you’ll always say your biggest achievement is playing your first game. And ours was when the vest arrived at our doorstep and you could see it for the first time,” he says.

“That was a huge step for us as a family — and as a small business with Donna and I.”

Connecting back to the competitive spirit

Post retirement in 2010, Brad remains a regular fixture in the footy media and a vocal advocate for 100% of talent being on display in sport at all levels.

It’s in Zena though that he’s regained his connection to the competitive spirit of the game.

“Honestly, starting up a business — and one that we're passionate about in sport — has brought back that competitive edge. We’re focused on how we can be the very best, and the competitive juices are flowing again.”

Brad’s advice to anyone looking to take the plunge?

“Educate yourself. There’s so many things we’ve had to learn ourselves along the way.”

“But if you put your head down and have a crack, and genuinely you’re passionate about it, you'll come out smiling on the other side.”

By
Bronte McHenry
Learning to invest in startups is just like training as an elite athlete, says Christie Jenkins.

By
Michael Batko
Here's a breakdown of what happened in 2020 and is happening in 2021.

By
Bronte McHenry
Gopi Sara is a self-confessed ‘aspiring startup founder without an idea’, but he says angel investing offers him the taste of early-stage startup life he craves.