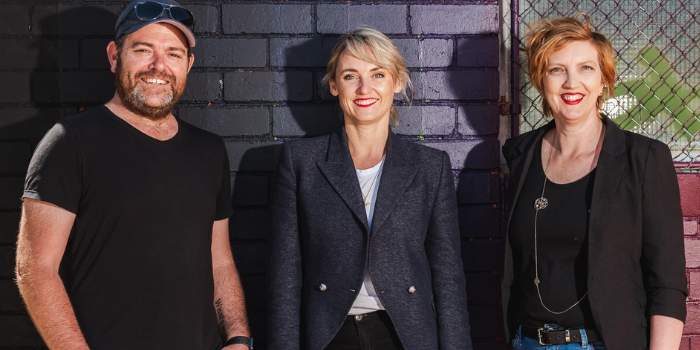 Tractor Ventures Co-Founder and Startmate Mentor Matt Allen is on a mission to help founders hold onto as much of their equity as they want to, for as long as they like.

He is achieving this mission by bringing revenue-based financing into the mainstream Down Under.

“In every other business in the world that isn't a tech company, people use loans and leverage to grow their business without having to sell equity to other people,” Matt tells me.

“At some point in time, selling a share to raise a dollar, and using that dollar to do everything in your business just doesn't make a lot of sense.”

This could ring true for companies that want to stay bootstrapped, startups with more moderate growth plans than what VCs typically look for, and even venture-backed companies that might not be ready to close another equity round.

This is where revenue-based financing, Tractor Ventures and Mechanic Matta (as I refer to him in my head) come in.

Revenue-based financing is a loan that founders pay back via topline revenue share. In the case of Tractor Ventures, the loan is usually 3 to 4 times the company’s monthly revenue, and the company shares 5% of its revenue until the loan is paid off, plus a multiple.

The beauty of revenue-based financing is that it’s attuned to your income, Matt explains. “If you’ve got lumpy revenue, your payments will go up and down.”

The Tractor team also works for a small sliver of equity for throwing their team at a startup for 12 months.

“It vests every month. If the founder doesn't like us, they can fire us,” Matt says.

“So it’s actually earned equity, as options or warrants in the business, at whatever the last price they had was. It’s not free money. It actually has a purchase price.”

And finally, Tractor Ventures has something they call the Rick Baker clause (it was his suggestion, after all), which gives them the option to tip in some capital if one of their loanees goes on to raise a round.

“We've got a couple that are about to do that,” Matt admits. “So that's really exciting.”

Tractor’s approach to startup funding is paying off too.

Tractor itself has had an average growth rate of 130% month-on-month since launch, “which is a combination of new loans being written and coming online, plus the underlying growth of the portfolio”, Matt says. “It's likely we'll be cashflow neutral sometime next year and profitable after that.”

According to Matt, there is a time to seek out revenue-based financing and a time to accept VC funding… and it all comes down to whether you’re a rocket or a tractor.

Rockets are exciting, but they're expensive, take a long time to build and are prone to explosions. Rockets, generally speaking, need VC funding to get off the ground, because it takes a while before they start generating revenue, and they need a long-term investment partner.

“There's a very long journey between ‘I want to build a rocket’ and ‘I've landed on Mars’ or ‘I’ve docked with the ISS’,” Matt says.

A tractor, on the other hand, is consistent, reliable, and already generating revenue.

“I like to think of a tractor as a company that is growing well, but the founders are still able to make decisions, and they have the optionality as to whether or not they want to continue with consistent, reliable growth, or they want to kick it up a gear,” Matt explains.

“In this modern day and age, tractors are not simple tools. They're actually really important parts of supply chains.

“From a software perspective, they are people who build niche products which are super integrated and intertwined into how their customers run their businesses.

“We talk about tractor founders being as ambitious as rocket founders, but also cautious, with an underlying layer of frugality. They don't have the buffer of making too many mistakes as they go along.”

Mechanic Matta’s love for tractors was ignited during his time at Amazon, where he met dozens of founders who were building companies that weren't compatible with venture capital.

“They were tech-enabled, they were able to grow and grow fast, but for one reason or another VCs wouldn't back them. This put them in a strange spot,” Matt explains.

“We like to say we back founders who are too spicy for banks and not spicy enough for venture."

“The irony is, given enough time, a portion of these companies — and I don't think a small portion — will turn into venture-backable companies,” Matt adds.

“They're just taking a different path that makes more sense to the founder today.”

Fuel is fuel, at the end of the day

The other use case for Tractor’s revenue-based loans is fuelling angel- and VC-backed companies who have an efficient engine running.

“The interesting conundrum that these founders face is people are really excited to buy more shares,” Matt explains. “But that’s when founders should be equally excited to find a way to keep the growth going by selling fewer or no shares for a while. And 'a while' might be 6, 9 or 12 months.”

Backed companies who might benefit from a revenue-based loan are those that can point to a short-term return on investment, Matt explains. That could be ad spend, hiring salespeople or rolling out a new feature.

“Think about it as paying interest. You don’t want to pay interest on 10 devs building your next product when it’s going to take a year. You want an equity partner for that. You’re going to benefit from the foundational stuff for a long, long time.

“But if you can get a fast part of the machine running really quickly, that's when a founder should be looking at us, and getting it going as fast as they can, because that's what valuations are attached to most of the time.”

The cost of capital

Matt isn’t here to steal pie from VCs. He’s been involved in startupland for a long time, and he and his wife and co-founder Aprill have 50 angel investments between them.

But he does want founders in general to develop a better understanding of the cost of capital.

“When you’re selling a share, the person who buys that share effectively has an interest rate in mind for them to get a return on the risk that they're taking. And that interest rate is likely to be 50-100%,” Matt says.

“You sell them that share, you get that dollar, it’s not a free dollar. You don't have to pay them yet, but when you do, it's going to be a lot.”

"When somebody is excited to buy shares in your company, let's be really clear, it’s because they think they’re going to make a shitload of money out of them.

“If they didn't think they were going to get a return on that money … they wouldn't buy those shares off you.”

In a lot of situations, of course, this is a reality founders will be more than happy to accept. Because when you land on the moon, it’s one giant leap for everyone involved.

“A lot of people talk about bootstrapped companies and then backed companies,” Matt says.

“But I think there's a bit of a spectrum. It's not binary. It's not that you're bootstrapped or venture-backed and never the twain shall meet. As time moves on, it’s the founder’s ability to choose that’s important."