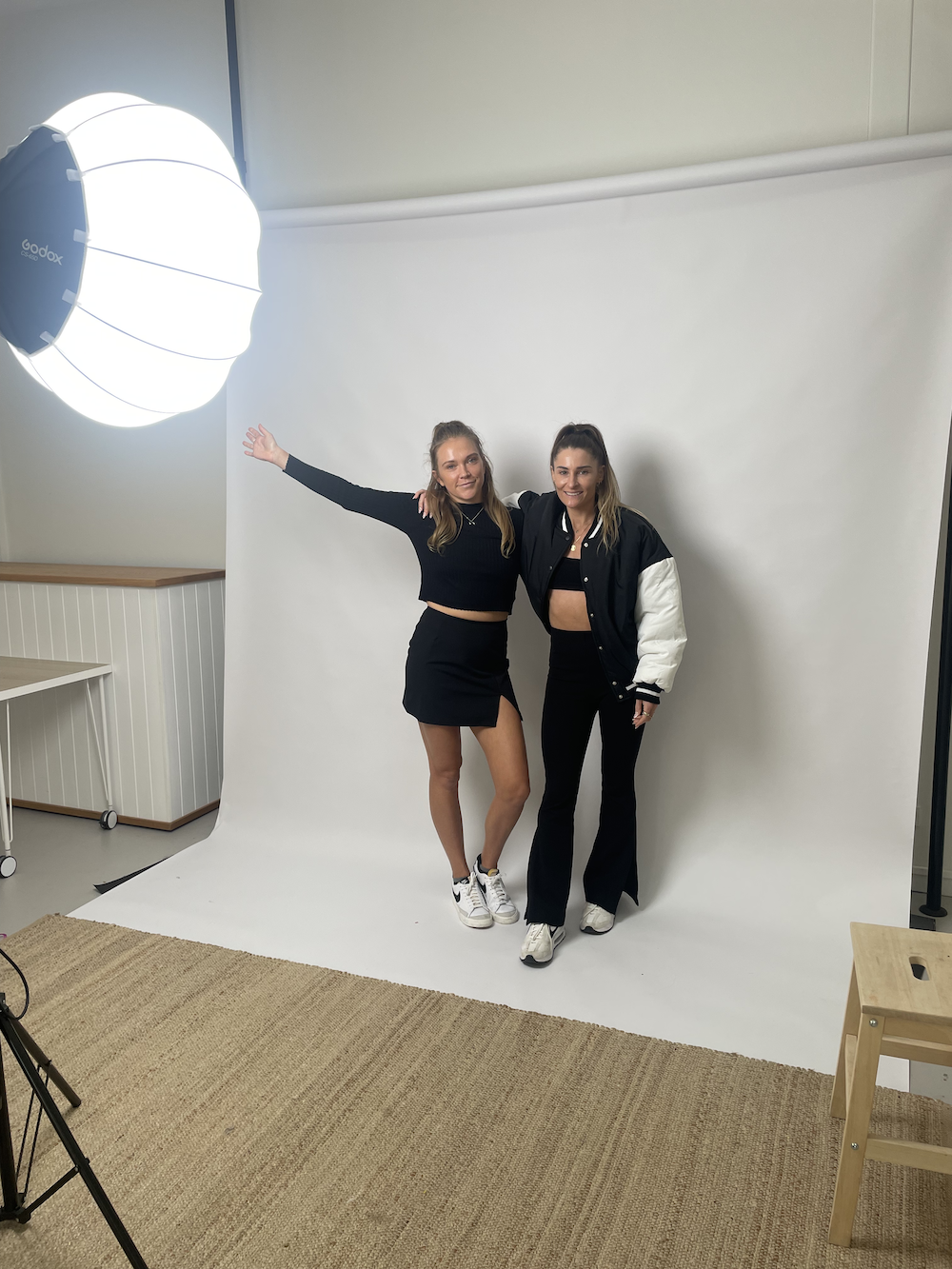 It’s no secret that society puts immense pressure on women to look a certain way, which is often felt very early on. For instance, 80% of young girls fear becoming ‘fat’.

These insidious forces result in a cycle of restricted eating and overexercising, which disregards female physiology and hormones.

Lydia O'Donnell and Esther Keown — athletes and the co-founders of Femmi — want to break this cycle.

Lydia and Esther have both been athletes since they were teenagers. Growing up in New Zealand, they competed for the same running club. As athletes, they had similar coaching experiences, and felt societal pressure around body image.

“In sports, there is this idea that you have to look a certain way to perform well, and in running it’s all about being ‘lean’ or ‘skinny’ to be fast,” Lydia says.

“Both Esther and I had a lot of pressure put on us by our coaches who were uneducated on how to work with females, specifically around female physiology and menstrual cycles. This made us feel like we had to lose weight, restrict our diet, and train harder to be skinny and get the performances we were chasing.”

They aren’t alone in how they feel. Studies show that 45% of female athletes have experienced an eating disorder.

When Esther was just 14, her coach pressured her to run 80-100 kilometres a week in training, and she developed an eating disorder which took an immense toll on her mental and physical health. Lydia had a similar experience at the age of 25. Both women lost their menstrual cycle due to Relative Energy Deficiency in Sport or RED-S, which is the body’s response to not getting enough energy for the exercise being performed.

“I worked with coaches who at some points would grab my stomach and tell me how much faster I could be if I lost that weight. I was also encouraged to take diet supplements,” Lydia says.

“When I lost my menstrual cycle, it was almost like a badge of honour. because I knew I was restricting my diet enough and training really hard. This is also the case for many other female athletes.”

Unfortunately, RED-S caused Lydia’s health to decline. She became quite unwell and had to take a step back from sports. During this time, she and Esther learnt more about female physiology, female hormones, and how to adapt training to the female menstrual cycle. They also realised that few women and coaches were aware of this science and decided to challenge the status quo.

“When Esther and I started Femmi, we had both already been coaching for years,” Lydia reflects.

“It is a really personal and intimate relationship between coach and athlete.”

Femmi is fast becoming a movement that women across Australia and New Zealand are embracing. Re-defining ‘female athletes’ as any woman who moves and does sport, Femmi is building a safe and supportive space for women.

Lydia spoke passionately about Femmi’s purpose, saying “we really want to keep women in sport, that is our end goal”.

“All women, whether they are a professional athlete or a woman working in a corporate, feel the pressure to look a certain way and achieve certain results through exercise. We want to crush that,” she adds.

“The fitness industry to date, and especially in the last 10 years, has been built by women on social media who are genetically blessed with abs. They are creating programs that are not specifically built for women or are going to benefit women holistically. We want to provide the best education, the best training that women need, that’s going to make them feel really good about themselves and never talk about what they look like.”

Femmi has a growing community. The company has over 250 paying members, Fem Fridays run club attracts more than 100 women across 4 cities and 2 countries, the Femmi Pod podcast gets about 1,000 listens per episode, and Femmi’s social media following totals more than  200,000 women across channels.

However, this is just the start.

Femmi will soon be launching ‘Femmi Theory’ to expand the circle of coaches and trainers it is able to educate and influence.

“Femmi Theory has been about 15 months in the making,” says Lydia.

“We’ve got an endocrinologist, a physiotherapist, a psychologist, and a dietician who bring all this education to life for coaches and trainers who can learn how to work with females better.

The course has over 8 hours of video content and it is all online so that people can work through it in their own time. At the end of it, coaches and trainers will walk away with a Femmi Theory accreditation certifying that they have educated themselves on how to work with female athletes according to their unique physiology.”

The course theory has already shown promising results. Athletes trained by coaches who are experts in Femmi Theory reported a 25% increase in their self-confidence, with 85% of them reporting improved performance.

Speaking to the big vision for Femmi, Lydia says “we are building a platform at the moment to take our movement global”.

“This platform will allow females to track their menstrual cycles, learn about their bodies, and be connected to a community of like-minded girls who are all there to build each other up,” she explains.

“Our big vision, purpose and what a lot of our values revolve around is trying to break down gender equality barriers. To do this through sports and movement, we need women who are confident and will share their stories and create their own movements to help break down these barriers.”

Running for sport to running a business

In the past, both Lydia and Esther worked together at Nike. Femmi is their first foray into entrepreneurship, and they had an established friendship and working relationship which made it easier for them to transition into co-founders. Additionally their resilience built through sport helped them navigate the world of startups.

However, there were still some surprises along the way.

“In a startup, especially in the early days, you need to learn how to do everything,” Lydia says.

One of their biggest wins to date was getting into the Startmate program, which they defined as a real transformative point in Femmi’s journey.

“The Startmate experience so far has been incredible. The opportunities that have come have been mind-blowing,” Lydia says.

“As female founders, seeing how many people want to learn about and support this journey has really helped us build our confidence. It has affirmed for us that we are on the right path, are doing the right things, and that we should keep going.”

As first-time founders, Lydia and Esther have succeeded in growing a community, scaling a business, and getting inbound investor interest. The opportunities coming their way are a result of months of focused, purpose-driven strategy and work.

When asked for advice for other aspiring founders, Lydia says “this sounds really cliche, but follow your gut instincts”.

“There are so many times where, in my 20s, I had ideas and thoughts around specific problems that should be solved, but I held back because of societal pressures around how we should be living our lives and taking risks. Later, I regretted not starting a startup earlier,” she explains.

“Follow your gut, listen to what your body is telling you, and dive in.”

Lydia’s and Esther’s passion, vulnerability and lived-experience comes through everything Femmi stands for and does. Femmi is one of those rare startups that is not just a business — but is a phenomenon with the power to create monumental change.

What May Samali’s journey can teach you about building your dream life through courage, hard work and introspection

By
Royina Bakshi
It is easy to look at May Samali's professional achievements and attribute them to talent, luck or a great life plan. But it's years of consistent hard work, effort in the face of fear, failure and honest introspection that's helped her get to where she is today.