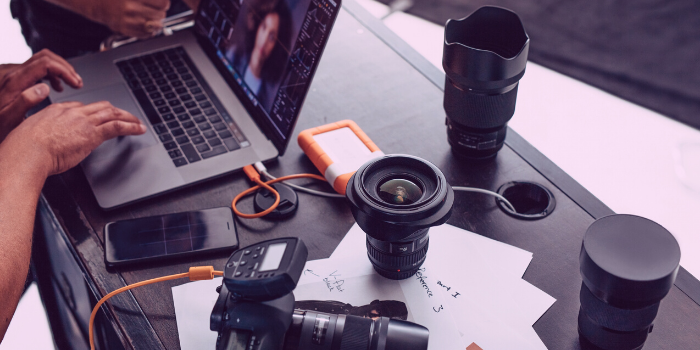 A decade ago, Australia’s fledgling startup ecosystem was almost on life-support.

In a market that had become gun-shy following the boom and bust of the earlier dot-com technology bubble, most entrepreneurs struggled to access the talent, capital and general attention they needed to build a solid business on our shores. We struggled to stop the leak in the bucket which saw our best and brightest head for Silicon Valley, or the tech hubs of Europe to whet their appetite and chase their ambitions of startup glory.

There were a few home-grown successes we could start to point to, such as Atlassian, Campaign Monitor or Redbubble, paving the way and showing what was possible.

Despite this, the reality was that of the thousand-odd fledgling startups that emerged in the early 2010s, only 5% were destined for anything close to global scale.

With the arrival of startup accelerators, venture capital funds and the return home of experienced operators with fresh international experience, a proper support ecosystem emerged to enable high-growth startups to reach their potential, and we haven’t looked back.

Around the same time, another critical piece of the puzzle clicked into place: media platforms emerged that were dedicated to telling startup stories, in turn, helping them attract more mainstream attention.

From StartupSmart (now merged with SmartCompany), to From Little Things (2012-2014) founded by Pollenizer and Zach Kitchke (now CMO at Canva), to Startup Daily (founded by Mat Beeche in 2012, now owned by Pinstripe Media), to NZ Entrepreneur magazine, these publications shone the spotlight on the successes and challenges of our startup ecosystem, especially where column inches were short for tech coverage in our daily broadsheets.

‍Startup Daily, SmartCompany, Innovation Aus and NZ Entrepreneur still fulfill this duty (and more) today — but there are more stories to tell.

Over the last decade, the growth of the Australian and New Zealand startup scene has been positively exponential, but the media and industry coverage has not been resourced sufficiently enough to keep the same pace.

Since 2016, the economic contribution of the tech sector to this country has increased by 79%. In 2021, startup funding in Australia and New Zealand topped $10 billion, more than double the figure from 2020. We now have close to 20,000 startups across the country, from early stage to pre-IPO.

While our mainstream media has risen to the challenge as best as possible, launching dedicated technology and startup coverage across all major mastheads to highlight the industry’s biggest achievements, the volume and diversity of stories waiting to be told could fill many more column inches. That’s without even taking into consideration the challenges that face media companies more generally, as they continue to search for more sustainable business models, push to grow a loyal audience in a world of short attention spans, and try to retain the most talented content creators.

It might seem counterintuitive on first read, but an increase in startup coverage in the Australian ecosystem will be a boon for existing and new media companies alike.

The adage ‘a rising tide lifts all boats’ is often used in the context of startups and venture capital firms, and the same applies to startup media.

In the simplest sense, increased startup coverage will see an improved awareness of startups and growth in audience size to boot. An increase in content will unlock journalists to cover more varied topics and stories, enabling them to conduct investigations and publish long-form features alongside the usual stories about capital raises and investment trends. And ultimately, more players in the space will foster innovation, creativity and push each and every company to new heights.

Why now, you ask? Content creators finally have the autonomy and freedom to play a role in driving the startup ecosystem forwards.

With the backdrop of the creator economy making it easier than ever before to create and share content, there is an exciting opportunity for individual content creators and budding media startups to be responsible for rising the tide.

Platforms such as Substack and mediums such as podcasting are giving rise to a groundswell of new creative voices globally, from Packy McCormick’s Not Boring newsletter to Li Jin’s Means of Creation podcast. Closer to home, Joan Westenberg, The Daily Aus, Letter of Intent and Cut Through Ventures come to mind as examples of this shift.

Blockchain technology is enabling the creator economy to grow at a scale and pace not previously possible. NFTs enable creators to directly monetise their content and give their biggest fans a share of their success. DAOs offer budding media companies new ownership, finance and management structures. The rise of web3 will enable new media companies to reclaim a sense of empowerment and sustainability that for so long has been at the mercy of ad clicks and eyeballs.

Content creators have a pivotal role to play in the future of media. Whether it’s sector-specific coverage that helps our healthtech, deep tech and climate startups reach a wider audience, or deep-dives into the operational discipline relied upon to build a fast growing startup, from company culture and finding product-market fit to a well-executed go-to-market strategy.

The next wave of content creators will increase the diversity of voices and stories, bringing even more depth and nuance to our industry coverage.

Over the next decade, there is an incredible opportunity for the next generation of media companies to rise in parallel with the success of startups across the region.

Media 3.0 is a landscape of rich content from diverse creators who have direct connection to their audience, unleashing new models of value creation and collaboration we have only dreamed about in the social web.

Consumers will invest in and contribute to the media platforms and creators they care about most. In turn, they will be rewarded with unique assets, access to community and the status that comes along with it.

In this era, content creators will have more control over their earning potential, while the platforms they contribute to will have access to alternative pathways to sustainability that don’t rely solely on advertising dollars. It will be easier for more marginalised voices to both build a platform and find their audience, and, in turn, the range of stories, viewpoints and issues that earn coverage will be so much broader than our current media monopolies allow.

Media companies new and old alike should prepare themselves for an injection of innovation, fresh audiences and influx of talent over the coming years.

A new generation of voices and stories is ready to unleash, as a wave of emerging content creators step up to the plate to harness the opportunity. And it starts now.

Startmate’s Media Fellowship is a community-driven bootcamp that will help you hone your content skills and carve out a niche in the tech-media landscape. 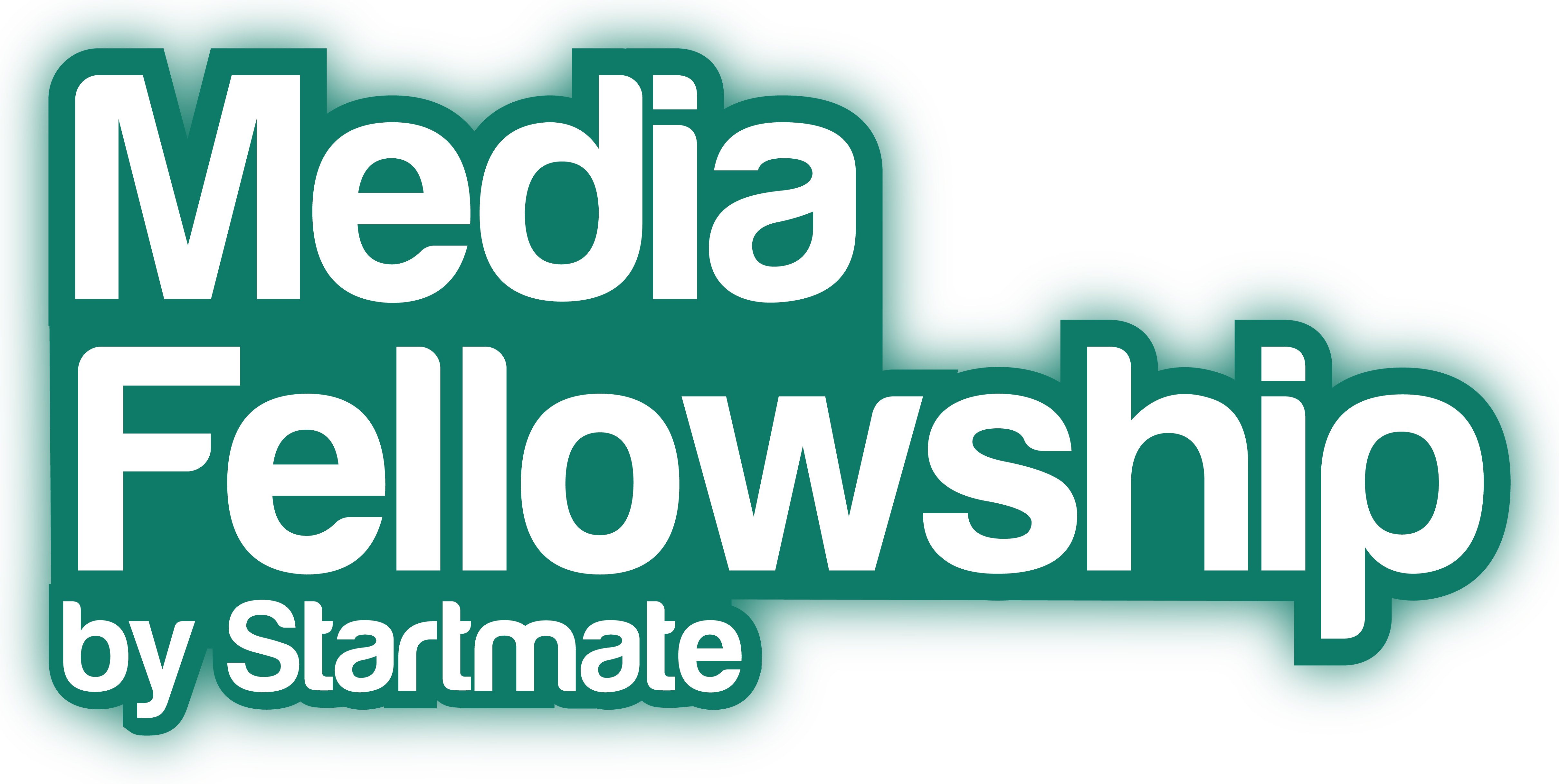 Why Dexta Founder Jack Phillips will “never, ever settle”

By
Madeleine Rothery
When Jack Philips kick-started Dexta’s growth trajectory in June 2022, he already had 10+ years of media experience under his belt.