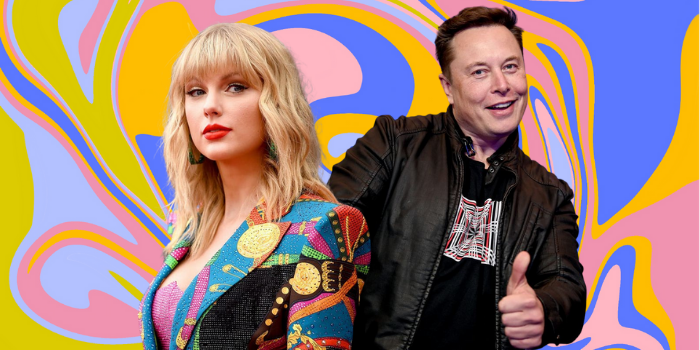 Out of all of Startmate’s Student Fellowship sessions, the one I was most excited about was Linus Lee’s ‘Crash Course in Pulling Off the Impossible’.

With a title like that, how could I not be excited?

But, at the same time, I had no idea what to expect from the writer, software engineer and self-proclaimed “professional Taylor Swift stan” who spent last weekend building “a universal personal search engine” for his life, including 120+ side projects and over 400,000 words shared on his blog.

“You are probably capable of doing some really cool and interesting things,” Linus said. But, scepticism is all around. And if people are constantly underestimating you, “then you are going to start to underestimate yourself”.

This is a huge problem. Because “you are not going to end up working on the kinds of interesting things that you could work on if you correctly estimated or overestimated what you are capable of”. But, there is a solution to this problem. We must stop underestimating ourselves and allowing others to do the same!

Through every stage of the Startmate Student Fellowship, I have become more confident in my abilities. The Startmate team has fostered a community of students that believe in their dreams and are developing the skills to achieve them. Linus really brought this message home.

Three stories to get you inspired

Linus’ inspirational session did not stop there. Next, he shared three stories about friends of his who stopped underestimating themselves, thought outside the box, and were able to pull off seemingly impossible projects.

First, he spoke about a 17-year-old junior-level software engineer and high school student who managed to get in contact with Elon Musk and facilitate an ask-me-anything session with him for members of high school coding clubs via Hack Club.

Now, Elon Musk is a key supporter of Hack Club, a nonprofit network of high school coding clubs and makers around the world.

“I love this story because the actual solution was not extraordinary or difficult. You just had to look in the right place and write the right email. You are physically capable of typing the right words into the computer to make this happen, but most people wouldn't even think about doing it,” Linus said.

Linus also shared another story about Hack Club. This time, they wanted to charter a train to travel cross-country from Vermont to California, while hosting a weeklong hackathon on board for high school-aged Hack Club members.

As Linus put it, “that idea is such a WTF idea,” and it’s “probably impossible because it's logistically complicated and really expensive”.

But, they believed it was possible and they pulled it off. The Hacker Zephyr departed on July 15, 2021 with 42 eager high schoolers aboard for “a special, technical, and soul-expanding adventure”.

From these two stories, it is clear that if you want to do something badly enough and you believe that it’s possible, then there’s nothing stopping you from finding a creative way to get there.

Next, Linus talked about a friend that wanted to host a cross between a career fair and a party for engineers... that also happened to be on a yacht. By now, you shouldn’t be surprised to hear that he found sponsors, secured a yacht and made it happen.

“Once you have the idea, once you're convinced that it's possible and that you're going to do it, I think that it leads you down this path. Being creative and thinking outside the box and actually trying to pull it off. Once you change your mindset from ‘is this possible?’ to ‘OK, this is possible, we're going to do it,’ that mindset shift makes these really fun things possible.”

These stories made me realise that we are all capable of pulling off these incredible projects, but we need to stop underestimating ourselves, change our mindset and remind ourselves that anything is possible. That’s the difference between the people that are capable of doing these things and the people that are actually out there achieving what’s seemingly impossible.

Nearing the end of his presentation, Linus distilled four key pieces of advice for us to take away from his session. The first of these was pulling yourself out of the constraints of thinking about what people would normally do, and instead, asking yourself: “What's possible?”

“‘What do I want to do?’ And then, not ‘How difficult it is to do it?’, but ‘If I'm going to do it, what are the possible universes in which I make that happen and how can we get there?’”

Linus pushed us to think about the parallel universes in which our dreams could happen. Is getting to that parallel universe something that’s truly impossible or just something really hard that requires more creative thinking? More often than not, the latter is true.

2. Surround yourself with ambitious people

Linus’ next piece of advice began with a disclaimer: “I never really liked this advice ... but I've kinda come around to it.” He then explained that surrounding yourself with ambitious people is not about ditching your current friends and finding new ones, but more about finding inspiration and watching where you anchor your goals.

“How do you anchor your perception of where you want to go and what you should be doing?”

“If you work with, or speak with, or even just listen to or read writings of more ambitious people, I think it tends to help your mind to naturally anchor to a higher bar, or anchor to thinking outside the box,” Linus explained.

“If you're anchored high, if you're working with really ambitious people, you're going to straight-up do more interesting or impressive things. Not because they necessarily taught you some impossible skill that you couldn’t have learned elsewhere, but just because they are not underestimating you, but they are always pushing for you to overestimate yourself and to do something better.”

For me, joining the Startmate community has been a game-changer for redefining my ambition. I am now continually surrounded by curious and determined people who share a desire to push past normal constraints, make a difference in the world, and actualise the parallel universes of our dreams.

3. “Iterating” doesn’t solve everything. Don’t get caught in a local maximum

More specific to product design, Linus encouraged us to push past the “iterating” mindset of making small changes to preexisting products.

Instead, we need to put our energy into “making something that's actually new, or innovative, or creative, instead of things that already exist”.

4. Your work is a reflection of your values. Work on what’s worth chasing

Linus’ last piece of advice was to think of work as  “a reflection of your values”.

Ask yourself: “What do you care about? What do you think is worth working on? Then anchor yourself on that goal.

We need to stop underestimating ourselves and reframe our thinking to “I am going to do that, I am going to get that".

And "given that I am going to do it, how do I make it happen?”