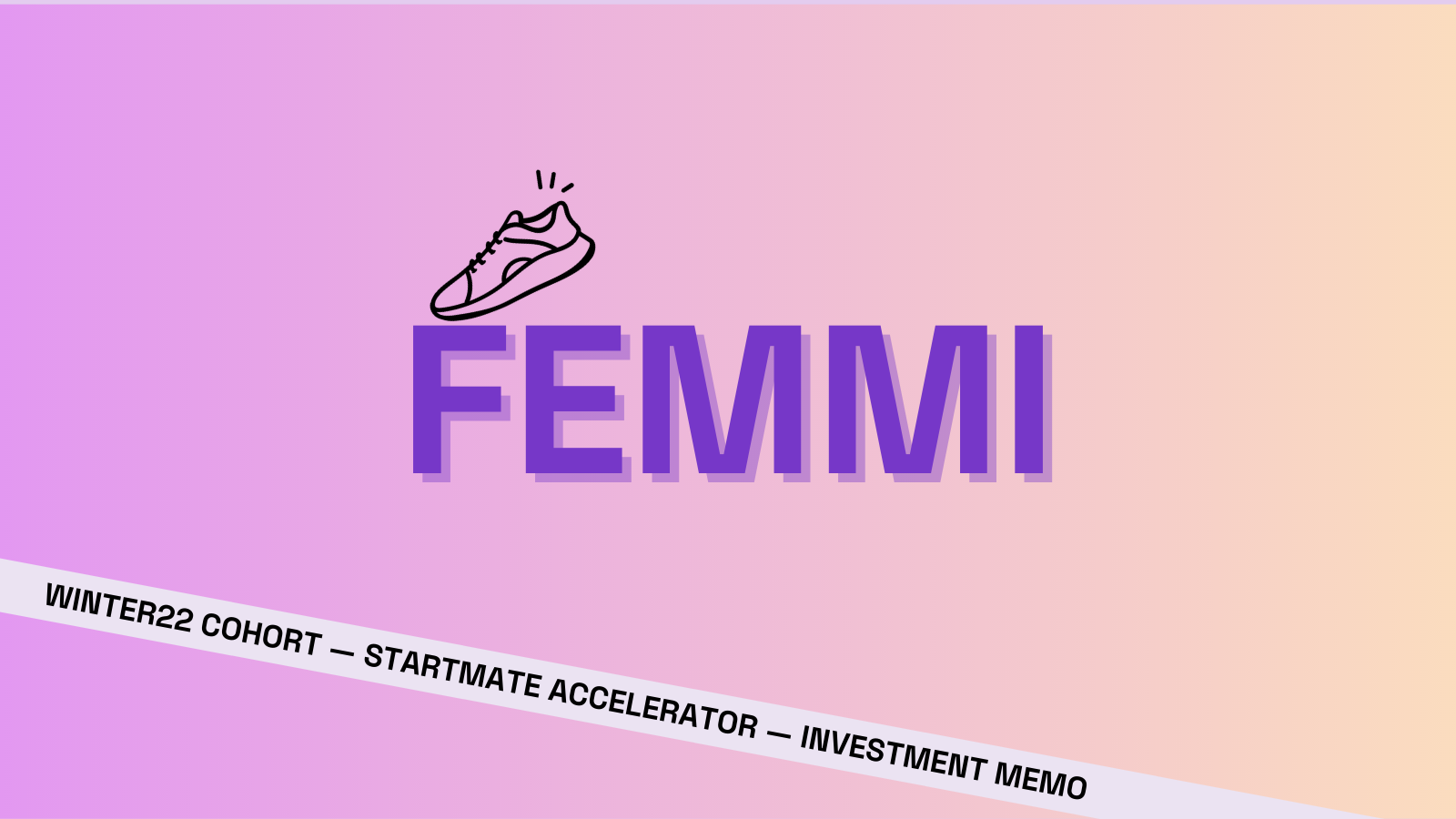 Female-led fitness coaching based on the specifics of female physiology

Femmi’s mission is to leverage education to break down gender-equality barriers.

Femmi is a female-led fitness platform that empowers users through education, exercise and connection. Tackling gender inequality from two angles, Femmi both coaches females in a holistic manner that aligns with their menstrual cycle, while also educating others on how to better serve women in the sport and exercise arena.

Lydia and Esther are incredibly inspiring women and professional athletes with a tireless passion for females in sports. Together, they are championing the hugely positive impact sport can have in a woman's life and removing the blockers that prevent so many females from participating to begin with.

Their work with Femmi is built from personal experiences, deep connections within the sporting community and a ‘lifetime learner’ mindset that has taken them deep into the science and data of the ‘status quo’ to drive their game-changing solution.

Femmi is by females for females, and by athletes for athletes — and the team leverage this fact as their competitive advantage.

As the squad partner for Femmi, I’ve watched Lydia & Esther approach each challenge & opportunity with a thoughtfulness, focus and determination that gives me huge confidence these are the right people to be driving this much needed chance for women globally.

More than 90% of fitness-related and sport studies have been conducted exclusively with men. This means our collective understanding of how we think about training and exercise does not reflect the differences in male and female physiology.

Femmi wants to level the playing field, and has assembled a team of experts to educate and empower all females to work with their bodies, as they train to be everything from everyday to world-class athletes.

Lydia and Esther are on a mission to build confidence, self-belief, capacity and resilience in half the world's population — and the upside of this is infinite.

As the world continues to drive conversation about gender equality and look for meaningful ways to take action, now is the time for Femmi’s education, community and tools to have an outsized impact globally.

There is also an increasing global focus on menstrual products, female rights and body autonomy. A solid knowledge base for females to understand and work with their bodies is an important layer in empowering females to feel confident and comfortable in their everyday lives.

Along the same lines, women's professional sports continue to increase in prominence, and empowering athletes, coaches and sporting bodies with a far deeper understanding of how to work with the female body will lead to better outcomes for all.

The ins and outs of executive coaching

By
Bronte McHenry
Leadership is a muscle, strengths are situational, and sometimes founders need a bit of guidance when doing their best work.

By
Sascha Kerbert
From Culture Amp’s origin story and first product to long-standing focus on community and decision to bootstrap, there are insights galore in this AMA with Rod Hamilton.