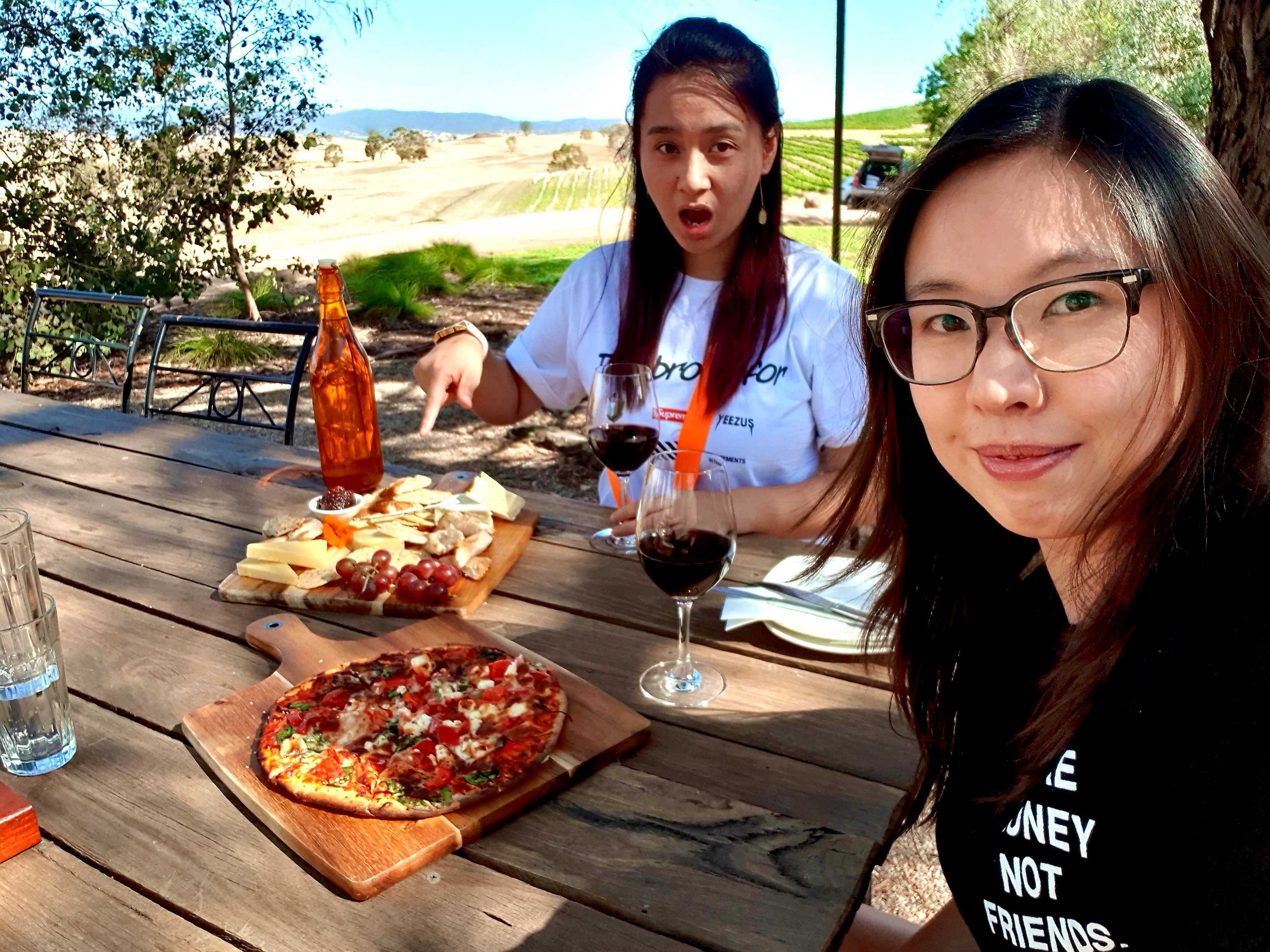 There’s a narrative in startupland that all you need to get an idea off the ground is a stellar founding team.

Pory’s story flips this sentiment on its head. It’s the story of a stellar founding team that needed an idea to get them off the ground.

Because Sam Wong and Luannie Dang are, by all accounts, a dream founding team, with complementary technical skills, and a friendship that continues to flourish.

The only thing the duo didn’t have was passion and purpose. Until 2020, that is.

In 2015, Sam Wong was a consultant, flying in and out of Canberra, unhappy, stuck and uninspired by her job.

Finding control of the situation where she could, Sam decided to upskill, making a wager with a colleague to see who could stick out a coding course to completion, with $1,000 on the line.

“I picked a Udemy course. It was a complete iOS course. By the time you finish that course, you'll have completed 15 little apps,” Sam tells me.

“The world is being rewritten in code. I taught myself to code to prepare myself to be able to build things.”

In 2017, Sam landed a software engineering job at a small consultancy, where she soon met Luannie. Their friendship blossomed immediately.

“We had a dream to start something of our own,” Sam tells me. “We started Shooting Unicorns literally for the LOLs. As you can tell, the name is not serious at all.”

“For the next three years, Shooting Unicorns was where we housed all the projects we built together.

“At the time, we were still quite inexperienced, and had absolutely no idea what we wanted to do, so hackathons became a natural outlet to test ideas.”

The duo came up with an admittedly “random idea” for every hackathon, Sam tells me. They built a chatbot, an app to help buskers get paid, a social media platform connecting Chinese influencers to their Aussie counterparts, and a no-code algorithmic trading platform.

But none of these ideas found their legs.

"When you think about it, every single idea that we worked on, had absolutely no clue who the customer was,” Sam reflects.

“Every time that I came across someone else's project, I would think: ‘Oh, that's a really good idea, we could do it ourselves’. But it turned out you need a lot of passion to actually stick it through with something.”

That’s not to say, of course, that Sam and Luannie were wasting their time — they won prize money, bagged a trip to the US, met a bunch of interesting people, and “built up the technical skills to one day be able to build something bigger”.

“It really validated our technical skills. We were winning a lot of awards. It definitely helped us build skills that we use for our startup today.”

Sam and Luannie were working for a startup in the last-miles sector when COVID-19 hit. Almost overnight, the duo went from full-time to part-time work, which served as a “wake-up call”, Sam admits.

“I realised we needed to really focus on a startup with business potential.”

Instead of brainstorming product ideas, Sam instead considered what problem she could actually solve. And “that was the little light bulb moment for Pory.”

“I taught myself how to code in 2015 because I had all these ideas and I didn't want to hire a developer. And I had met all these people who had spent up to $100,000 building apps that no one even uses,” Sam reflects.

“I thought: ‘What if we could build a platform that could help non-technical founders build apps without code?’

“We both built the first version of Pory in one month. When we were building the no-code algorithmic trading platform, it dragged out for close to a year. We gave ourselves a very hard deadline.”

The moment of truth

Sam still remembers the date she wrote the first line of code for Pory (April 22nd) and the date it launched on Product Hunt (May 25th).

(For those who don’t know, new projects and products are listed on Product Hunt on a daily basis for upvoting by users. Ending the day in the top five means a lot of eyeballs, sign-ups and traffic.)

The pair unknowingly launched on one of the busier days, but “ended up getting into the top five” nonetheless.

“We stayed up the whole night, watching Pory hover between the ranks,” Sam reflects. “I was in disbelief, because the first version of Pory was so bad, it was so limited, it was barely working. A lot of people really, really liked the idea. It was crazy.”

Pory launched with live-chat support, so Sam could see the logs and identify where users were struggling. In response, Luannie spent hours fixing bugs, while Sam walked people through Pory and sent out tailored instructions.

But for every lesson learnt from a struggling early-adopter, there was also praise galore.

“In the first week, we had 600 users sign up. A lot of people reached out and said ‘this is amazing, it's a great idea, it’s solving a real problem’.”

What’s more, a mentor from Mozilla Builders came across Pory and reached out, and the pair were accepted into the incubator, giving them the opportunity to work full time.

A few months later, Sam and Luannie went through the Monash Generator, back to back, closed a $500,000 pre-seed round, and have since grown the platform to tens of thousands of users, including enterprise clients.

Nothing you do is for nothing

Sam’s journey might be full of detours, but she is adamant she wouldn’t — and couldn’t — change a thing.

“Even though it took many years to find that one, big idea, I think it was essential,” she tells me.

In fact, Sam wagers (she’s good for it) that if she came up with the idea for Pory on day one, she and Luannie wouldn’t have been able to build it.

“It’s multi-tenant. You have users that could have users. It's actually really complicated. It's not just an app that end-consumers download. You're computing a platform for people to build things in. I don't think we could have built it back then.”

If you think about it, Sam and Luannie’s three-year journey to their lightbulb moment was a trial run that enabled them to prove their compatibility as co-founders.

Along the way, they pressure-tested their relationship, built a network, upskilled and gained recognition as award-winning developers — so when the idea for Pory came to light, they were truly able to go all-in.

Generally, co-founders are united by a problem, forming a team to find a solution. But is a ‘problem’ a strong enough bond? What happens when the problem proves too localised, funding runs out, or issues arise? What happens to the founding team?

Perhaps Sam and Luannie are onto something. Maybe all founding teams should be formed pre-idea, pressure-tested and then activated? Because when push comes to shove, they’ll have their friendship to fall back on, and they’ll simply go back to the drawing board, and shoot for another unicorn.

By
Frederic Leforestier
We're proud to invest in Andromeda as part of our Winter22 Accelerator cohort. Here's why.