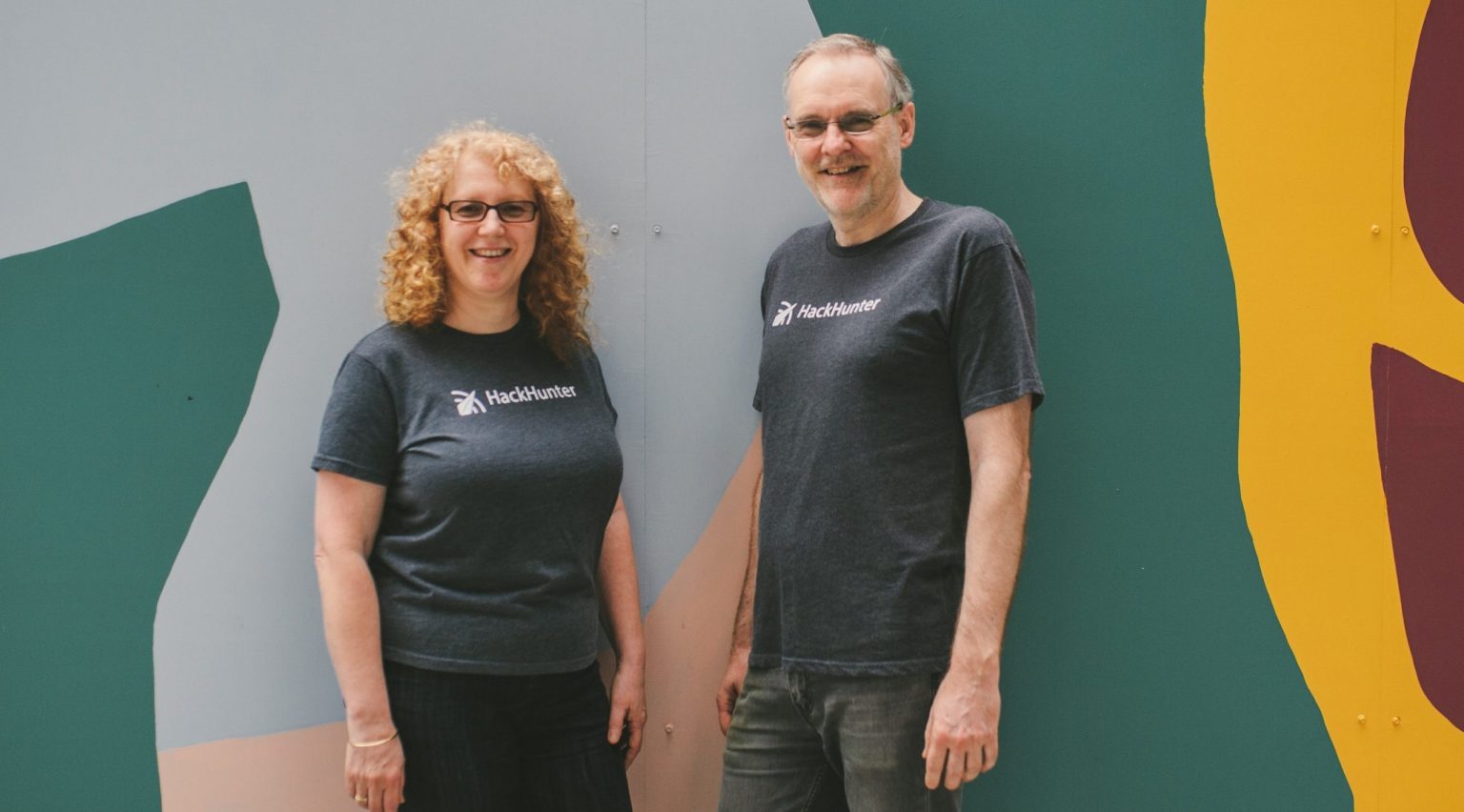 When Mike and Tracie sold their consulting business in 2017, they took a moment to consider their next steps, and realised they were hungry for a different kind of professional challenge.

“It was a conscious decision that we were going to find a problem to solve that we were really inspired by, that really needed to be solved, and actually become a startup and to go down the route of getting external funding,” Tracie tells me.

“This was the opposite of our previous business, which was basically profitable from day one. It was a consulting business. Bums on seats.

“We developed software, so that part was new and innovative, but the rest of it was pretty much a small business.”

“We wanted to take the entrepreneurial path quite seriously,” Mike tells me.

“We wanted to learn the experience of having a startup. We wanted to understand the community. I remember thinking, even if this doesn't go anywhere, at least we will have learnt a bit about how the whole process works.”

So the pair started working through some ideas — Mike would tinker, Tracie would deliver some hard truths about product-market fit, and the process would repeat.

That is, until one day, fate stepped in, Tracie gave an idea the green light, HackHunter was born, and it was full steam ahead.

Give them a water meter, they’ll run a mile

Mike and Tracie are complementary in the way most co-founders aspire to be.

“Mike is like the crazy professor you see in the movies,” Tracie tells me. “He's just so creative and such an original thinker. I'm the organiser; I’m the pragmatic one.”

It was after they’d worked through a bunch of other ideas, that Mike came to Tracie with a water meter system you could install in your home for $15.

“It meant you could control and look at your water consumption,” he explains. “I knew it was good for the environment. I knew it'd be handy for people.”

Tracie was adamant the regular Joe wouldn’t pay for it. But, just to be sure, they travelled to the Maker Faire in Adelaide.

“In the first 10 stalls, there's a guy with exactly the same water meter,” Tracie says, as they both laugh. “He told us: ‘This is just a hobby; I can't sell any of them.’”

It was back at their accomodation later that day that fate intervened, they tell me.

Mike was surfing the net, and came across a bulletin board with a post from an apartment block resident who said someone was hacking his Wi-Fi and preventing him from getting internet access.

“There were hundreds of people in this thread. They couldn't find a technical solution. And he was an IT guy. He knew what he was doing,” Mike explains.

“He was really annoyed because he couldn’t do anything about it — short of finding the person and basically knocking on their door and saying ‘stop it’.”

But Mike realised there was in fact a technical solution.

“I realised I could turn the chip from the water meter into a sensor for WiFi, and actually find the types of attacks that were disrupting this network,” Mike says.

“That was really the seed of the idea. I then spent about three months hammering away in the lab.”

It was on Christmas Day that Mike turned to Tracie and said “I’ve got it working”.

A pair of “born-again entrepreneurs”

Armed with an MVP, Mike and Tracie were in the market for an accelerator and a community.

A suggestion from Scott Handsacker led them to attend Startmate’s SYD18 Demo Day, where they were blown away by WORK180’s and Bellish’s early traction, and got encouragement from Matt Allen, Paul Naphtali, Nick Crocker and James Tynan.

They applied for the MEL18 Accelerator cohort because they “wanted to find out short, sharp and quickly if the idea had legs”, Mike said.

“I can remember just being absolutely disbelieving that we actually got in,” Tracie tells me. “I can remember running around the house screaming ‘this is going to change our lives forever!’

But that’s not to say it's been an easy ride.

Once the program kicked off, the pair quickly realised they had to switch from a very conservative mode of small-business thinking to a more risk-comfortable founder mindset.

They also had to battle imposter syndrome.

“I can remember having conversations in the first couple of weeks where I’d say: ‘We're not like these other businesses, they're all so amazing. I just don't understand how we got in’.”

It was in week three that Mike and Tracie realised they needed to get out of their own way.

“It's about learning not to put barriers in front of yourself,” Tracie says. “If you're thinking there's a barrier, you have to change your thinking to ‘this can be as big as we allow it to be’.”

“It wasn’t until I was halfway through, that I realised I had a lot of experience in other areas that other people didn't have,” Mike tells me. “The strength of the whole process is about sharing experiences and knowledge. I realised we had a lot to give as well, because we had actually run a business before.”

Part of what made the mindset change and confidence boost possible is that they were treated as equals, Tracie tells me.

“I never felt out of place,” she says. “I did have real concerns about that beforehand. We are way, way older than the ‘typical’ startup founder. I was really worried when we went in that I was going to be in this cohort with all these young dudes.

“There were quite a few younger founders. But they didn't treat me like I was their mother or I was irrelevant. I was just another founder who was going through exactly what they're going through.”

And the mentors were the same, Tracie adds.

“In the previous business, if I had met one of our mentors, I would have been fan-girling. But in Startmate, it was more like, ‘they're just like me, except they're further ahead, and they've done it successfully’.”

It’s safe to say, by the time their 12-week journey came to an end, Mike and Tracie were well and truly “enthralled in the startup space”, with the thought of retirement rather laughable.

“In some ways, it's like we had a chance to turn over a new leaf,” Mike says.

“It was a fresh start. A second life. We were sort of born-again entrepreneurs.”

By
Angela Huang
In the first week of the W21 Student Fellowship, the Pitchblak team ran a no code session. Here are Angela Huang's takeaways.

By
Araminta McLennan
“In hindsight, I wish we had taken more time to celebrate our wins as we had them. It’s been a big journey to get here," says SoundSmith co-founder Gajan Nagaraj.

By
Will Richards
Alex Pan and the Storipress founding team are on a mission to build the future of culture.

How to find success with the right intern, according to Normal’s Lucy Wark

By
Bronte McHenry
Time-poor founders and operators are often hesitant to take on interns. But the right intern can “be a dream”, says Normal Founder Lucy Wark.