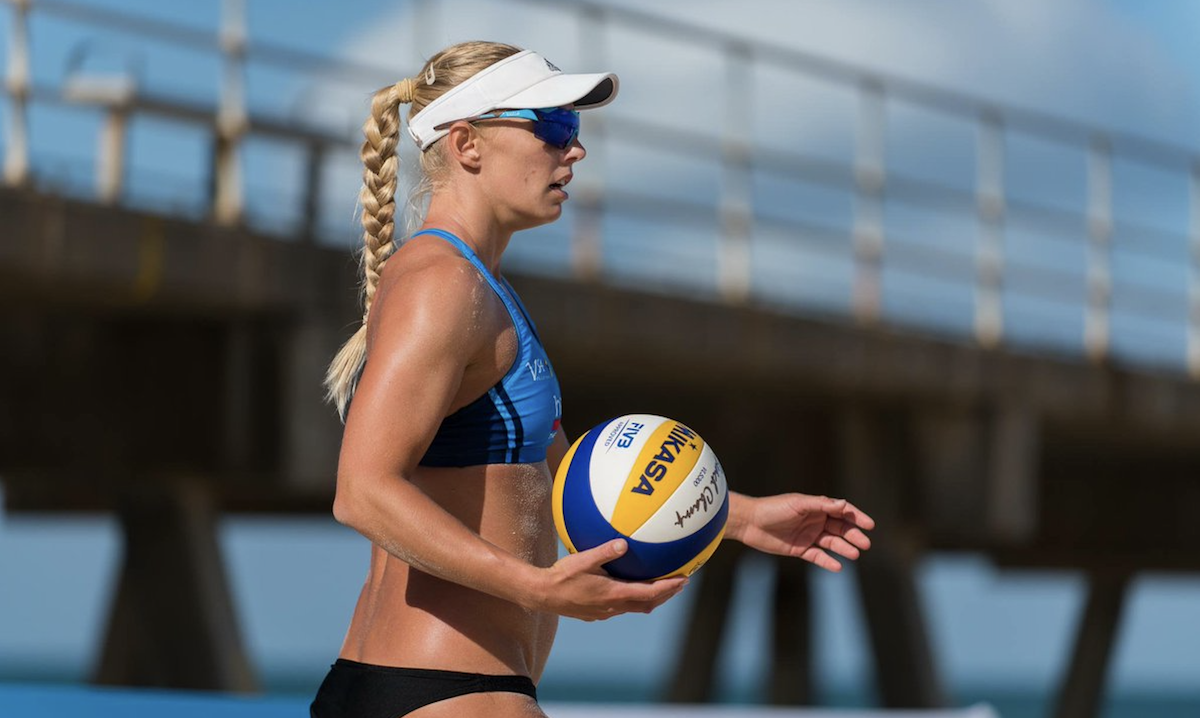 Athletes. Australia is a sporting nation with thousands of them. And while we are bombarded through the media with AFL players, rugby players and (when the Olympics roll around) swimmers, there are far more athletes toiling away in sports that you’ve probably never watched. Athletics, long-distance running, triathlons, gymnastics, netball, martial arts, diving and hundreds of other sports.

What interests me, is where these athletes are working (I can promise you they aren’t making a living doing their sport), and why more startups aren't seeking them out.

Sport is one of the greatest education tools we have in our country. Far more than a finance degree or an internship spent doing data entry, sport equips Australian’s with some of the most valued skills in the workforce: the ability to learn quickly, be productive, take feedback, perform under pressure, work with teams and coach.

In a rapidly changing world, these skills are more important than experience on a resume. For those who remain unconvinced, here are eleven reasons your next hire should be an athlete (or a retired athlete).

Years of juggling sport with school, university and working means that athletes are some of the most productive people you’ll meet.

I remember when I was at school, four nights a week I wouldn’t get home from trampoline training until 8.30pm. This meant peers had five hours to complete their homework... and I had just one hour. At uni, I was stretched even further, juggling a full-time study load with 11 training sessions a week and two part-time jobs. And then I entered the working world where full-time hours combined with training at the level needed to represent Australia.

When you have limited time, you learn to use that time hyper-productively. And that carries over into the workplace. Hire an athlete, and you’ll be rewarded with in incredible rate of productivity.

And we love it. We crave feedback because we know it is the engine for rapid improvement.

Get an athlete in the workplace and they won’t cry or quit if you give them some tough feedback. It’s more likely they’ll thank you and get on with getting better.

3. Athletes look after themselves physically

My chocolate addiction aside, athletes are the fittest and healthiest people you’ll encounter.

As an employer, that means you are getting an employee who looks after themselves by exercising, eating right, getting enough sleep, never smoking and rarely drinking. This means almost zero sick days, greater energy at work since they won’t suffer from mental or physical fatigue, and a spill-over effect onto your other employees who are likely to pick up some of the good habits.

4. Athletes have a ‘strengths’ view of teams

In the workplace, we often assign tasks within a team based on availability rather than suitability. Amy is free so she can do X, and then Jenny will roll off that project so we will put her on Y. Never mind that Amy would do a far better job at Y (and probably enjoy it more).

Athletes instinctively bring a strengths-based view of team to work. It’s natural for them to recognise each individuals’ weaknesses and strengths. After all, you don’t get upset when the coach plays the tallest team member as goal shooter in netball, or asks the best kicker to take the penalty kick.

In practice, this means they’ll happily chip in and share their strengths when it will help team members. And conversely, they’ll happily accept help from others when it’s a weakness. It makes for a happier, higher performing team.

5. Athletes are driven to win

And importantly, realise that the competition is the other companies out there. You won’t get petty infighting if you hire an athlete. You’ll get a team player who wants to crush your opposing companies.

A competitive spirit is a great asset for your company, especially in frontline areas of the company where your staff are competing for sales, for attention, and for share of market.

6. Athletes have a growth mindset

Almost every athlete has a growth mindset. Sport teaches, probably better than any other activity, that with effort we can improve. You put in the work in training to learn a new skill. You go to the gym and you get stronger. You stretch diligently and you get more flexible. Most athletes will tell you that while talent helps, the best in the world are those who’ve worked the hardest.

In contrast, employees with a fixed mindset believe that talent is innate. You’re either good at maths, music or sport, or you’re not. But you’re stuck with what you are born with. Thus, there isn’t much point in trying to get better.

Who would you rather have on your team?

Have you ever had your entire career judged as a success or failure based on a single meeting? What about on a single sentence? It’s pretty unlikely. Business gives us many opportunities to succeed and a failure is rarely final.

In sport, decades of training can come down to single match, or even a single moment. Imagine the pressure if you were trusted to take the final attempt at a goal with seconds remaining until the buzzer.

It stands to reason that an athlete who has faced this pressure, is unlikely to falter in the workplace when things get stressful, or they are counted on to deliver.

Athletes understand and will do whatever it takes to be ready for deadlines.

9. Athletes have absolute respect for their manager

The bond between a coach and an athlete is very, very special. There is an enormous amount of trust between the two. The athlete trusts that the coach is the best person to help them achieve their goals, and the coach trusts that the athlete will put their full effort into whatever they ask of them. There is also a dialogue of absolute honesty, and a willingness to have tough conversations.

Imagine if you had the same bond with your employees?

10. Athletes are not driven by money or security

The vast majority of athletes earn a pittance for their sweat. I’ve represented Australia in Trampolining, CrossFit and Beach Volleyball and my lifetime earnings probably sit at about $15,000. My lifetime expenditure on the other hand… it’s too depressing to add it up. (As an indication it probably sits at around $20,000-plus a year.)

I’m obviously not in sport for the money, and that attitude carries over to my career. I value growth, learning, fun, making an impact and a great culture more than money.

Equally, the life of an athlete is not secure. Our results vary, we could get injured, we move around a lot, we travel constantly. Even those who have contracts with teams can be traded year-to-year, never sure of which city they’ll end up in next.

An athlete in your team will never be dead-weight, plodding through the motions and collecting a pay-check. We are ok with insecurity, short term contracts, taking risks, and aiming at audacious goals.

We accuse millennials of having short attention spans and getting bored easily. Regular employees are happy to jump from company to company in search of a better deal.

Athletes are the opposite. We know what it is like to spend years of our lives working towards a goal with only a slim probability of success. Only 0.02% of athletes get drafted into a professional team, and you’re more likely to win the lottery than qualify for the Olympics.

If you have some challenging projects ahead you might want to consider hiring an athlete. They’ll have the dedication to stay committed for the long haul.

The companies that do hire athletes should make the most of it... but most don’t.

Here are a few ways you can ask an employee who’s an athlete to help (instead of paying them more, they are often happy to do it for free, or in exchange for greater flexibility).

For the past decade, I’ve played sport for Australia, I’ve had a corporate career as a management consultant, and I now work as an investor at Blackbird.

Often, I’m complimented at work for my productivity, or my acceptance of feedback, or my performance during stressful periods. While I’d like to take credit, I really developed those attributes through sport. So, I think the thanks belong with my coaches, my team mates, my fans and my parents who have supported me in being an athlete.

I haven’t met that many athletes in the startup work force, but the ones I have met are all high performers. I’m surprised that startups aren’t seeking out athletes in their recruitment search. With a little training, you’re almost guaranteed to get a star employee.

Sport builds skills. And sport builds character. And these skills and character traits are transferrable to work. Productivity, leadership, poise under pressure, team work, the ability to take feedback, a growth mindset, and more.

At the end of the day, far more than the skills listed on a resume, aren’t these what we are searching for in our employees?

By
Bronte McHenry
Thanks to some encouragement from friends, the Women Fellowship and the power of LinkedIn, Maddi Ingham has a dream role at ChefPrep.