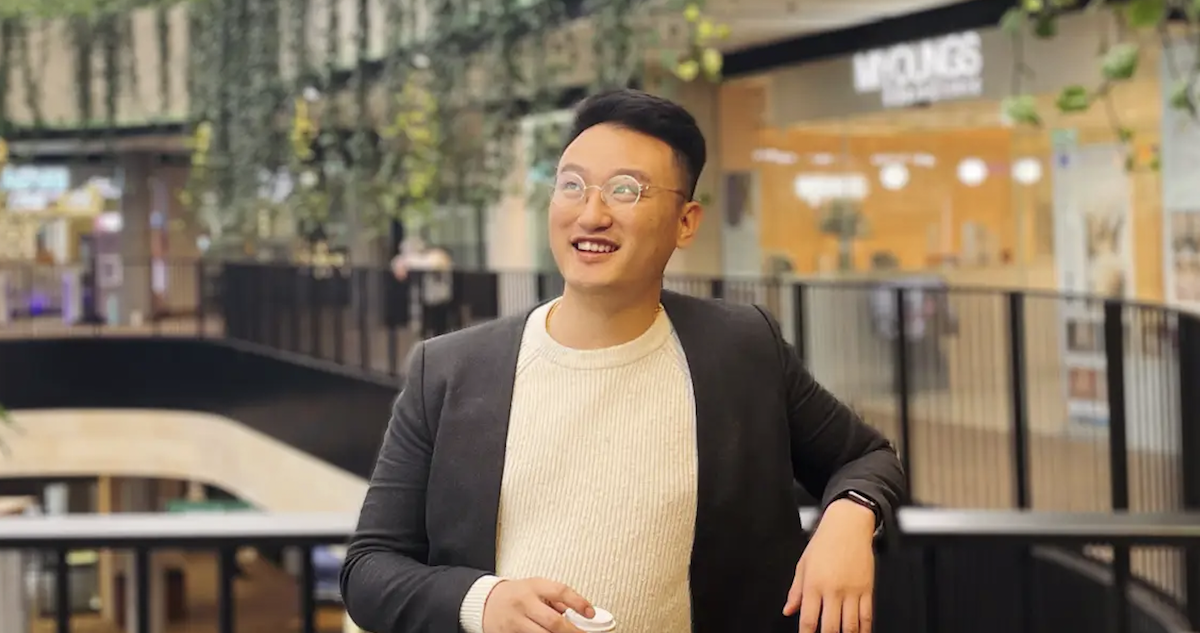 Alex Pan and the Storipress founding team have set an ambitious goal: to build the future of culture.

To achieve this, Storipress is enabling teams of any size, from anywhere in the world, to quickly and affordably create and distribute content

Pitched as an all-in-one platform for publishing teams, Storipress is legitimately democratising content creation and publishing. Storipress enables media companies to build faster and focus on creating content, while a single writer can go live in a matter of hours using the platform — a step change from legacy products like WordPress.

While in its current form, Storipress focuses on the written word, the future is bright, with video, audio and social media ripe for disruption.

Alex has always been media-obsessed. He dropped out of high school to study media at Macquarie University where he helped found a student publication. Through the creation of this media business, Alex felt the pain and frustration of managing a team of 40 casual writers contributing to a single publication. Legacy technology was limiting growth — and Alex felt he could be the one to solve this industry-wide problem.

So what does a media graduate who wants to launch a startup do if they have no coding background? Alex, of course, both learnt how to code and then found not one but two technical co-founders. Alex met David Peng and Yu-Sheng Chang through mutual connections at the University in Taiwan, hit it off, and joined the Storipress team shortly after.

Currently, Storipress can host professional-looking publications which utilise beautiful themes. Not only can editors add writers to their platform, but these writers can have the same profile across multiple Storipress publications, making it easier for freelancers or agency workers to stay across their workload.

The platform also makes use of workflow tools to enable teams to work together. An article board, for example, allows drafts to progress through the review process until they’re published. A publishing team can then manage its content calendar in a single platform.

For the writers, a collaborative space allows teams to write and edit simultaneously, speeding up productivity and ending writer's block.

The editing tool has a similar collaborative feel to Google Docs, but the embedded link feature and previews take the experience to the next level.

There is something to be said for creating, managing and publishing on the same platform.

In early 2022, Storipress was looking to raise $1M and had $800,000 committed from various large investors. Unfortunately, as sentiment changed in the market, a significant proportion of this committed capital got cold feet and left the cap table.

With few other options, the founding team took out their own wallets and extended runway for another month. In this time, Storipress found capital from a few angel investors and was accepted into the Startmate 2022 Winter Accelerator program. Despite closing a smaller round than initially intended, the team are happy to set smaller and more realistic targets before their next raise. By then, they anticipate market sentiment should relax slightly and the concept will be proven.

10x worth of mouth

Storipress’ growth thus far has been fairly hands-on. New sign-ups — including Missing Perspectives, Edge of the Crowd, GEN-ZiNE and Milanosportiova — have come from the founders’ picking up the phone and hustling.

In speaking with digital-first media publications, Alex has been able to understand their problems and create custom solutions. Publications are finding significant savings in reducing their tech stack by migrating to the Storipress platform.

The obvious growth hack for Storipress lies in the fact customers produce content, and plenty of people get exposure to this content. For example, writers who jump on the platform for a single article will be delighted by the simplicity and may eventually spin up their own publication.

It’s no lie that the creator economy is booming.

The democratisation of media production has spawned millions of influencers. With inexpensive cameras, an egalitarian landscape of content producers emerged. According to Patreon, there is $21M worth of payments made to creators monthly. A recent survey of American youth estimates that 29% of kids want to be a YouTube Star when they grow up. On OnlyFans, there are now more than 1.2M content creators with 500,000 new users joining 170M others using the platform daily.

Storipress is another piece of this diverse puzzle.

For Alex and his team, the platform will be part of a drastic shift in media and culture. While Storipress can be a game-changer for individual content creators, it’s becoming particularly relevant for businesses.

“Every company is a media company,” wrote Tom Foremski, a former Financial Times Journalist who became a content creator. A content marketing strategy can help a business connect, engage and build trust with their customers. Digital advertising no longer provides the same value it once did. Brands continue to look to content to create defensible moats. Normal, for example, started as a sex education platform and now monetises through the sale of sex toys.

Looking at current media company acquisitions, we see a growing trend of incumbent companies making the decision to buy or build — Hubspot acquired Trends, Pen Gaming acquired Barstool Sports and Stripe acquired IndieHackers. While these companies clearly see the acquisition route as far quicker than building their own media publications, Storipress challenges this way of thinking, as internal teams can spin up a media publication in days.

Storipress, the ‘Shopify for media companies’, has a bright future ahead of it. Individuals creating content is a growing trend. Companies are finding they need to produce content to stay defensible and publications are looking to cut down on their tech stack. Storipress is well-placed to create and capture this next phase of media.

Want to read more from Will Richards?

Tutero is building the future of personalised STEM education

By
Bronte McHenry
Joey Moshinsky, Sonny Moshinsky and Richard Mathieson are on a mission to optimise STEM education.