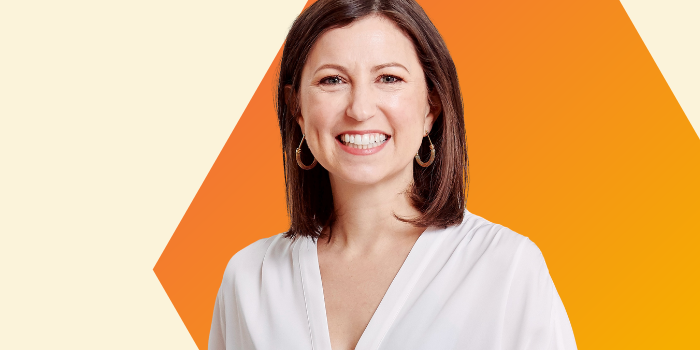 Anna joined the company in 2012, and five years later, when the retailer was acquired by Walmart, she cashed out her equity and put aside a nest egg.

(It’s also given Butter Insurance a boost via a new syndicate Anna has co-founded, but we will get to that later.)

“The capital is now flowing from America into the Australian ecosystem, which I love,” Anna tells me.

Quite literally paying it forward

The year is 2012, the city is New York, and the job is Strategic Finance Manager at Bonobos, Anna tells me.

“Bonobos was at the forefront of the clicks-to-bricks movement. When I joined the company, there were 50 people, and by the time I left three years later, there were 200. At the time, every single one of us were participants in the company’s ESOP scheme.”

Then in 2017, Walmart bought Bonobos, and these 200 employees had the option to cash in their equity.

“The experience was twofold,” Anna reflects.

“It demystified the scary process of buying and selling these financial entities, and there was a cash windfall. I've used some of this cash to fund my angel investments.

“This is the set of events that led me to feel brave enough to enter into this territory. I don't actually have a finance background. I'm not an ex-investment banker, but I wasn't too intimidated by angel investing because of the experience I'd been through.

“The ecosystem that I was a part of has enabled me to pay it forwards.”

You Butter believe it

Anna already had three angel cheques and two kids to her name when she applied for First Believers, so it’s with admiration that I share that she's now a co-founder of syndicate FB10x adVentures too.

“I came across First Believers when I was on maternity leave,” Anna says

“The program was run entirely on Zoom and punctuated with some wonderful in-person catch-ups in the city. It was perfect for me as a second-time mum, at home, feeling fairly isolated, to be honest. It was a way to connect to a community of like-minded and interesting people.”

But as the program progressed, Anna found herself gravitating toward five First Believers in particular.

“We just enjoy being sounding boards for each other. We are a pretty diverse group, with experiences ranging from . management consulting, the resources sector, to FMCG and consumer goods.”

The group’s decision to form a syndicate was unexpected but happened quite organically, Anna tells me, as did their first investment in Butter Insurance.

First Believers were exposed to 1,000 early-stage startups over the 14 week program, including Butter Insurance, and were blown away by founders Steph and Cassie.

They are “a power duo”, Anna tells me.

“We all felt that Butter Insurance’s two founders have incredible grit, tenacity and energy, with the smarts that will help them solve the problems that will inevitably come their way.

“Butter is pre-revenue and pre-product launch. The team were able to share their wireframes and vision for the app, but Steph and Cassie are still finalising different elements of it at this early stage.

“A really valuable outtake from the First Believers program is that the one thing you can guarantee when you’re investing at an early stage is that the product will evolve and the market will be challenging.

“You need to be able to rely on the founders you're investing in to overcome seemingly insurmountable hurdles with intellectual curiosity, grit, resilience and perseverance.

“Steph and Cassie have what it takes to get there.

“It’s very exciting to see them disrupting a very stale, very boring category with a product built with the millennial and Gen Z consumer in mind.

“We feel privileged to be able to help Steph and Cassie on their journey — having conviction at this early stage is what First Believers is all about.”

By
Bronte McHenry
There’s a narrative in startupland that all you need to get an idea off the ground is a stellar founding team. Pory’s story flips this sentiment on its head.

By
Bronte McHenry
If we were to nominate a theme for our Winter22 cohort, it would be ‘game-changing, fresh thinking’.