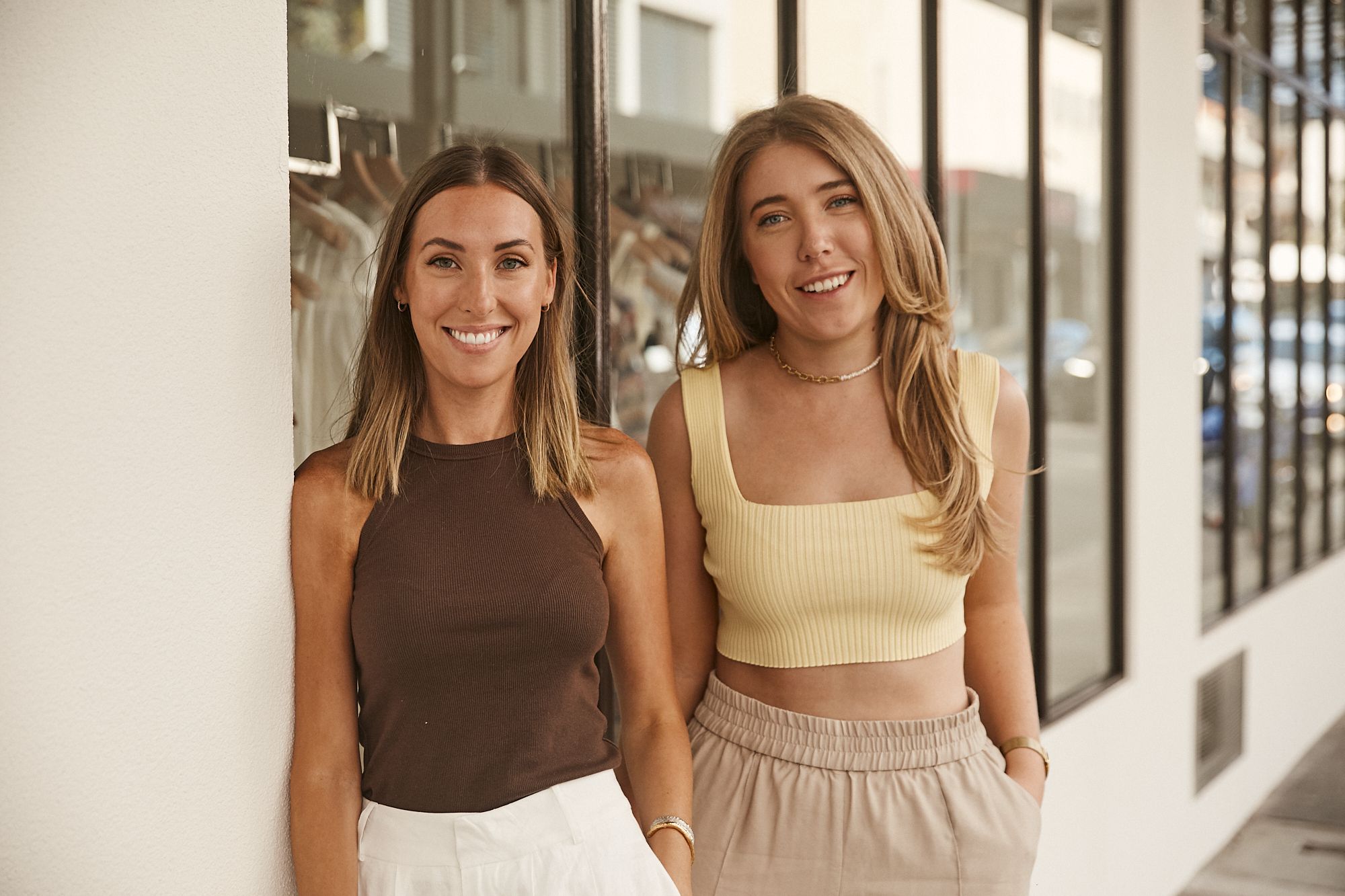 Revolutionary insurance startup Butter is the brainchild of two powerhouse, reformed lawyers who were thrown together by fate and bonded over red wine, broken laptops and a very archaic industry.

This startup’s story begins how all great things do: at a party over wine. Cassie Bell and Steph Skevington were sharing their frustrations about recent breakages of personal valuables. Having broken an expensive piece of jewellery, Cassie had little luck finding worthwhile insurance — with one provider calling her eight times just to get the process started.

They quickly discovered  the market was missing flexible insurance one could take out like any other subscription, and Butter was born, fuelled by a passion to help young people and renters protect the items they love.

“We came up with the idea of essentially putting insurance at the point of sale,” Steph says. “We wanted the process of taking [insurance] out to be seamless and convenient. [Buying insurance] at checkout is something we haven’t seen before.” When the idea struck, Cassie and Steph ran with it, and quickly started impressing investors and distributors alike.

Today, in a market where investors are ‘stashing cash under their mattresses’, Butter has raised seed funding from angel investors including Anna Stockley Davidson and through Startmate’s Winter 2022 Accelerator fund.

Steph and Cassie knew they needed to test if their idea had legs.

“We had conversations with as many people as would sit down with us and realised everyone has a story — a moment where they can remember their heart sinking and just looking at something that they know is going to cost them a lot of money,” Cassie says.

Hearing these conversations was validation that Butter was something worth pursuing.

While working full time as commercial lawyers, Cassie and Steph spent six months hustling on the side to grow their knowledge of the insurance industry, meet with stakeholders and build out their product.

“We went into our first investor meeting with a hot pink PowerPoint presentation. Looking back, it was disastrous! I don’t even know why we got the meeting,” Steph laughs.

For just over a year now, Cassie and Steph have been pursuing Butter full time. Over its lifetime, the vision for Butter has remained the same: a customer-centric and affordable way for young people and renters to protect the things they value.

“Embedded insurance is a big trend, a market that will grow to billions of dollars by 2030 … there is a big opportunity here,” says Cassie.

And she’s not wrong. GlobalData research suggests the Australian general insurance industry will hit a market valuation of almost US$55 billion. In P&C lines alone, embedded insurance is predicted to be a $700 billion global industry by 2030 (about 25% of the total expected P&C market).

The reasons for why are numerous across both the demand and supply side, but one aspect that clearly stands out is the traditional insurance model needs to change. Complicated, inflexible and expensive insurance products that lack personalisation are falling behind. When many industries are moving towards embedded finance, Cassie and Steph are bringing insurance into the race.

You Butter believe it

Butter’s first key milestone was an initial, small round of funding that helped Cassie and Steph validate their idea before speaking with potential distributors.

Steph and Cassie’s second milestone was when Eftpos Digital came onboard as their first distributor. “We thought it was going to be an introductory chat, really casual. But, when we joined the call, there were 11 people there including the CEO of Eftpos Digital,” Cassie says.

After signing Eftpos Digital, and getting a few other distributors onboard, Steph and Cassie’s next milestones were landing an underwriter to develop their insurance product and being accepted into the Startmate Accelerator, both of which they’ve ticked off.

Currently, the two co-founders are laser-focused on getting their product launched.

‘We want to get Butter into market, direct to consumers and we’re starting with electronics. We’re chasing launch as hard as we can,” Cassie says.

Looking a few years ahead, Cassie and Steph want to see Butter in a number of jurisdictions and be seen as the insurer of choice for young people. For them, success is happy returning customers and for people to no longer think of insurance as a “faceless, nameless corporation”.

Alongside celebrating the wins, both big and small, Cassie and Steph like to take time out to acknowledge the setbacks too. One such example is marked in their calendars as “Annual Grieving Day”, which the two co-founders recently celebrated.

“We were talking to an investor for a while, and naively, we really thought we had it in the bag,” Steph says — so they walked into their next meeting preparing to celebrate and expecting to discuss investment terms. They were taken aback when they were politely told the investor wouldn’t be investing and did not think their idea was likely to succeed.

“Cassie and I both got off that call and cried. We had half an hour to cry before our next meeting,” Steph says while laughing.

“We’ve gained a lot more confidence in ourselves and the business since then, and we’ve marked that day as Annual Grieving Day, so in a year’s time we can look back and laugh at the fact that we really thought we were screwed,” Steph says.

“What would it take to upset me that much again? Gosh, it's a lot more.”

Alongside the boundless challenges of being a first-time founder, Cassie and Steph say they “raised at the absolute worst time”.

“We started in March and closed in June. It was a nightmare but we managed to pull together the money from an amazing mix of angel investors," Cassie says. Focusing on the positives, the two co-founders are grateful they’ve had to learn to be even more cautious with their budget and spend efficiently.

“It’s given the market a bit of a wake-up call that cash isn’t infinite and growth at all costs can be a risky way to run a startup," Cassie adds.

Thinking of the past year, Cassie and Steph reflect on their learnings.

“Looking up, you’re like, ‘oh my god, there’s so much mountain to climb’. But then if you look down, you’re like, ‘wow, we’ve actually climbed quite a bit of mountain already’.”

By
Bronte McHenry
Tractor Ventures Co-Founder Matt Allen is on a mission to help founders hold onto as much of their equity as they want to, for as long as they like.

By
Michael Stocks
We're proud to invest in Eggy as part of our Winter22 Accelerator cohort. Here's why.