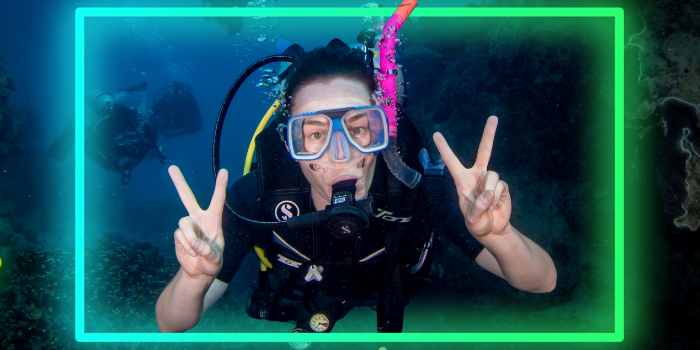 Stephanie Hall is Melbourne born and bred. She is raw, funny, and has a candour that has you laughing and enthusiastically nodding your head at the same time. She’s also long been a thrill-seeking, socially conscious generalist.

After spending half-a-dozen years in conservation and research, primarily in a university setting, she got a taste for the fast-paced world of startups.

One year, a failed startup and the Women Fellowship later, she is not only working in sextech, but helping build the industry Down Under. Here’s how she got there.

Part one: Always a generalist

“I grew up in Melbourne, with mum, dad and my younger brother. It was a pretty quintessentially happy suburban upbringing,” Stephanie tells me.

“Some of my fondest memories as a kid were our family trips to the Gold Coast every winter. We went to the theme parks; I’ve always been a bit of an adventure junkie. I was one of the youngest people ever to be allowed to go on the Tower of Terror. It’s a badge I wore with pride.

“I was a very outgoing kid. I was always interested in everything, and had a deep love for people and the planet. I wanted to be a dolphin trainer, a brain surgeon, an acrobat. They were certainly the early signs of the many things I'd end up doing over my career.

“That led pretty perfectly into the arts degree that I did at Melbourne University. I wanted to get a taste of everything. I majored in media, comms and politics. I also took classes in viticulture, screenwriting, African drumming and sports coaching. Everything you could do, I took. It was such a great generalist introduction to the world.”

“After my degree, I was lucky enough to get a comms internship with a marine conservation lobby group called Action for Dolphins. That’s how I first got super interested in animal welfare,” Stephanie says.

“We used strategic litigation to protect dolphins. We were working on anti-captivity legislation and suing Japanese dolphin hunters in a world-first legal action. A few months into the internship, they hired me and I became part of this amazing dolphin girl gang. These badass women became my mentors and big sisters, and it was truly special.

“It was such impactful work, and it made me realise I wanted to go back to school to dive a bit deeper. I originally enrolled in a Master of International Development but very quickly realised it wasn't quite right. So I transferred into a Master of Environmental Management and Sustainability and found my people. I thought, fuck yeah, this is awesome.

“I absolutely adored my degree, and after finishing it, I moved to London to set up Action for Dolphins’ London office. It was a great opportunity to live in one of the most incredible cities in the world.

“But seven months in, that adventure was cut short when I got poached back home by the Monash Climate Change Communication Research Hub. I was their first key hire to run a flagship Climate Communicators program. I couldn’t turn down the opportunity to combine my comms and environmental expertise. And that's what I've been doing for the last three-and-a-half years.

“After several great years at Monash, towards the end of last year, my former boss from Action for Dolphins came to me with an idea for a fashion-tech platform and asked me to be her co-founder. She was actually doing the Women Fellowship at the time. It was all very whirlwind, but always one to seize an opportunity, I said yes.

“We got accepted into an early-stage accelerator program, and while we very quickly realised our idea had zero legs and shouldn't be a company, the experience was amazing. It gave me a real taste for the speed and agility of startups and I was hooked.”

“When the Fellowship came around this year, I was looking for my next chapter. I joined the Fellowship and, to be honest, it couldn't have come at a better time. It's been one of the most important experiences of my professional life,” Stephanie tells me.

“I think this is very common and symptomatic for a lot of women, but I had serious imposter syndrome in my role at Monash. I was in quite a high-profile role working with a lot of really well respected scientists and media professionals. I knew I had value helping to translate knowledge for a broad audience, but I often felt like I shouldn't be there.

“This got especially bad towards the end when I was increasingly doing more public-facing work; I just felt perpetually anxious. I was always having to be extra vigilant with my words as we worked predominantly on commercial television where climate change, unfortunately, remained a politicised issue. This certainly didn’t help with the self doubt.

“It was in week two or three of the Fellowship that we did a values assessment with May Samali. I identified my two key values as authenticity and freedom — and I realised I hadn't felt authentic or free for a really long time!

“It was this realisation, paired with the incredible discussions I had with other women who were going through similar things, and being around that energy of women questioning what else is out there, that encouraged me to take the leap and quit my job.

“I remember dialling into a particular Breakfast Club session where we were talking about taking the leap and the overwhelming sentiment shared by so many women was to trust your gut, even when people think you’re crazy!

"Safe to say there were a lot of tears that morning. It was that session which gave me the final kick I needed to quit, try something new, and follow my passion and values.”

“I told Crista at the beginning of the Fellowship that I was interested in the sexuality space and she encouraged me to look into sextech and go exploring. I dived straight in and ended up co-hosting a sextech panel with incredible industry pioneers Bryony Cole, Isharna Walsh and Lucy Wark,” Stephanie says.

“It was so exciting and I was completely taken with how bloody awesome this world was. But I remember thinking: ‘How on earth do I pivot in?’

"This was especially pertinent for me, as coming into the Fellowship, I was a bit different to everyone else. I wasn’t a management consultant, or a lawyer and I'd been doing this rather obscure thing normalising discussions of climate change on national television. But I realised there was immense value in what I’d built, and I’d cultivated these amazing skills of talking about a really complex and taboo issue. And I could use that; I could just transfer it to a different issue!

“So I am now officially a freelance consultant. It’s just for the time being, while I do some exploration, but the wonderful Bryony Cole is my first client! She was the first person I pitched myself to as a consultant and I'm currently helping her build and scale her Sextech School.

“It's a pretty fantastic opportunity because I'm both helping her build the program, but also doing a lot of the exercises and questioning myself. I'm fully immersed in this new community, where I’m both learning alongside and also guiding the participants through their experience.

“It’s been great to draw on a lot of my Fellowship experiences, and bring my learnings across to Sextech School as we grow the community. I'm also hosting a session similar to Breakfast Club called Happy Hour, where we come together and connect, and I interview early-stage sextech founders about their experiences.

“Sextech is about to absolutely explode! It's wonderful to be a part of as we see healthier discussions about access to healthcare, safety and pleasure, and hopefully we’ll start to see the greater levels of investment that this important space deserves.

“So, that love for people, the planet and my lust for adventure that started really young has taken me in all these different... and I would like to think, impactful directions. I couldn’t be more grateful.”

By
Bronte McHenry
Tom McQuillen is a freshly minted climate-focused VC Investor, a "hopeless optimist" and a First Believer too.

By
Bronte McHenry
Tsamara Ramadhanti comes from a family of accountants, so while tech has always caught her eye, she saw herself studying business and following in her family’s footsteps.

By
Bronte McHenry
And if you take a closer look at Silicon Valley and other mature technology ecosystems today, you’ll find most VC investors come from founder and operator backgrounds.