Tutero is building the future of personalised STEM education 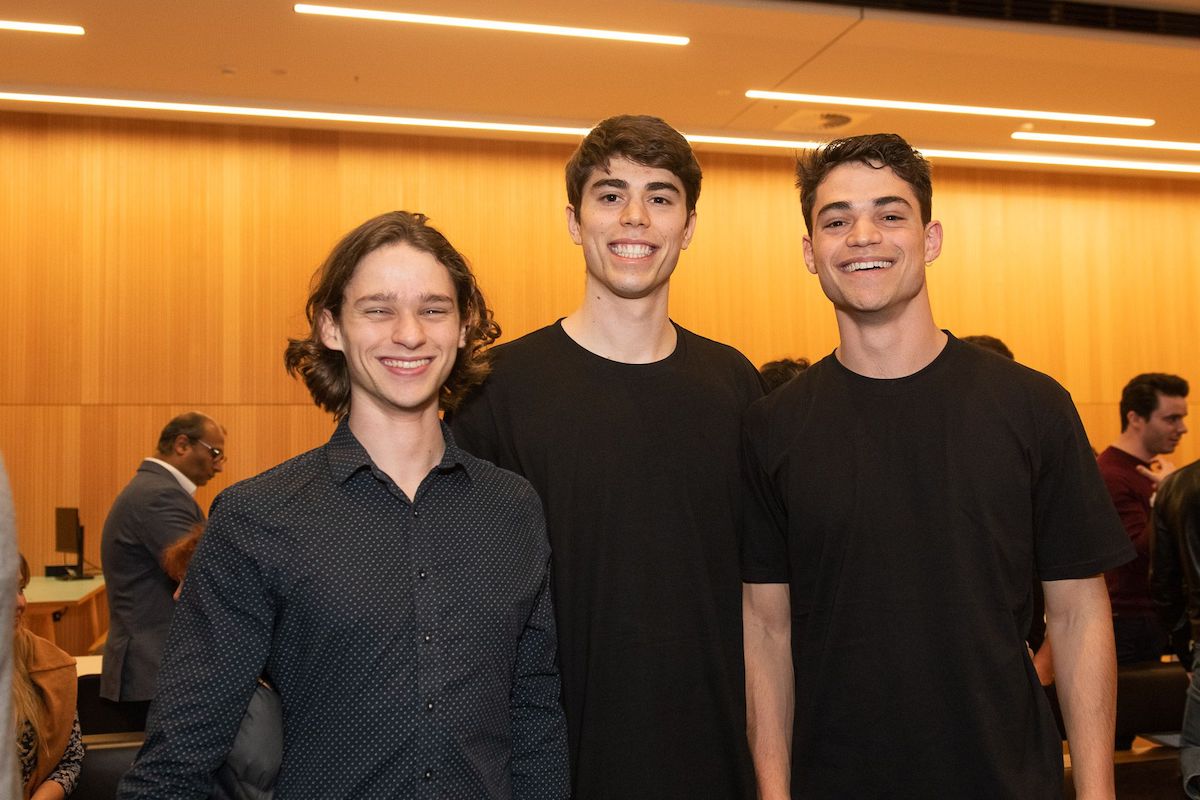 Joey Moshinsky, Sonny Moshinsky and Richard Mathieson are on a mission to optimise STEM education.

Together, they have co-founded Tutero, an edtech startup helping students learn according to their ability, rather than their age.

Tutero maps the STEM curriculum as an interconnected network of skills, and uses this network to create products for students, teachers and tutors alike, highlighting optimal STEM pathways so a student can either accelerate their learning or map the most efficient way to catch up in the classroom.

“We're in our early-20s so we’ve spent most of our lives learning in schools,” Sonny tells me. “We think it could have been way more fun and engaging.”

“But when we looked at the edtech landscape, we saw no products that were making a big difference to student learning,” Joey adds. “We said, ‘someone's going to build it, why can't it be us?’”

And built it they have.

Tutero is currently facilitating 2,200 hours of data-driven tutoring a month, with plans to scale to 8,000 hours a month in 2023. The team is also bringing in $140k of monthly revenue.

By all accounts, this trio is unstoppable. Joey is the business brains, Sonny is the full-stack-trained generalist and Richard is the engineering prodigy. This is what those in the biz call ‘a triple threat’.

“We're shortly releasing our teacher app, and a big focus over the next 12 months will be iterating with speed and growing the user base. Another area of focus is scaling our tutoring,” Joey shares.

“We have a lot of ambition from both a product development and a growth perspective.”

Years in the making

The first seeds for Tutero were planted when 13-year-old Joey was sitting in the back of the classroom, playing Tetris, falling behind and forming gaps in his foundational maths knowledge. Because maths is cumulative, he then struggled to learn more advanced skills as the years went on.

Sonny had a different experience with this same problem. As a tutor, he found himself regularly trying to teach concepts his students weren’t ready to learn. He’d then spend the bulk of each tutorial wasting time trying to identify the gaps in their knowledge.

These seeds sprouted in 2021, when Joey and Sonny were reflecting over a Friday night family dinner about their experiences with the education system.

“At 2am that night, Joey barges into my room,” Sonny says. “He shouts: ‘I’ve got it! What if we created a tool to find gaps in students' understanding and then create learning pathways?’

“We were up for the next three hours. We were obsessed with it from that day.”

“From that day onwards, Sonny wouldn’t hear of anything except us dedicating our whole lives to it,” Joey adds, laughing.

“It started as a side-project because we were bored out of our brains in COVID… but it really just kept on rolling into something bigger.”

And then there were three

The Tutero that is turning heads today was officially born when “proper engineering prodigy” Richard Mathieson joined the founding team.

Until that point, Sonny was doing all the coding, but didn’t necessarily have the technical capabilities to be a CTO.

“We set up a call with Richard, and within 10 minutes, he said: ‘I'm 100% in, I'll go full-time, on the condition that we delete the entire code stack and start again.’ I had been coding for three months straight. Literally three months of work down the drain,” reflects Sonny.

“But of course we did it. Two weeks later, we deleted it, and started again. The next three months were absolute grind mode to build out the MVP.”

Much of this work was completed at the now-infamous family dining table, with textbooks on every surface, and Elon Musk and LeBron quotes stuck to the walls for inspiration.

“Joey is reading maths textbooks. I am half reading textbooks and half on the code. Richard is purely coding,” Sonny reflects.

“We anticipated that after being stuck in lockdown, a lot of students would have gaps in their knowledge. We started testing students and proved this hypothesis.

“We even tested the software on our sister, who was top of her year 12 class, and she had heaps of gaps in her knowledge too.

“The biggest high for me was trialling the product in one of my tutorials. It was our MVP, so there were heaps of bugs, but it was probably the best tutoring lesson I've ever had. Because it actually helped. We built a tool to actually help tutors.

“It was a moment of ‘wow, this is definitely going to work’. That was a highlight for me.”

The bumpy path to success

Like all fast-moving startups, Tutero is not without its pivots.

“Originally, we were called MathGaps. But the very capable students didn't think it was suitable for them and the students who were really struggling were embarrassed to use it. It killed our whole market,” Joey admits.

“And we were originally selling our platform to other tutoring companies,” Sonny reflects.

“In doing so, we realised there are so many different areas of the tutoring experience that can be improved through software. In addition to the in-class maths platform, there is also scheduling software, lesson reports, homework, combined resources and training.

“So we expanded to create an entire tutoring product, and we decided to actually get our own tutors and pair them with students, rather than just directly selling to other tutoring companies. We also started offering tutoring to all school students across all subjects.”

But this isn’t a founding team to let a couple of pivots derail them.

This is a founding team that never loses sight of their mission to change learning, education and society for the better.

“Students should be motivated to learn, rather than forced to learn,” Joey adds.

“Education has a real ripple effect where you educate a student and there's a crazy social multiplier, where that student goes on and has a much better life, and their children have much better lives, and it not only has that individual benefit, but then there's ramifications across society.