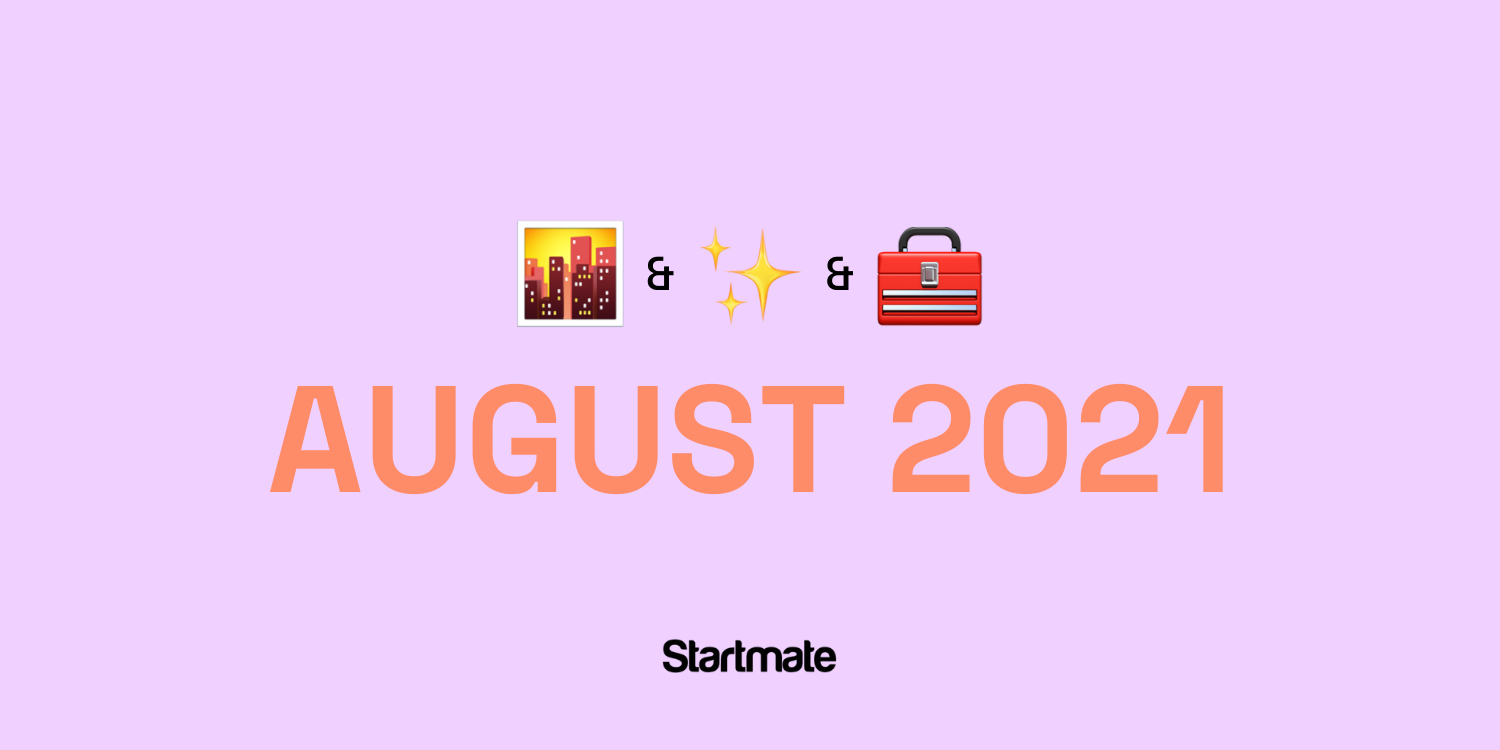 We were featured on the cover of the inaugural List of Top 100 Innovators.

This is not a reflection on any one or four people, nor the Startmate team, but the entire Startmate community.

A reflection of the place we’ve built and are building to find your people, be yourself and chase ambitious dreams.

This is what you’re all part of.

A place where founders are encouraged to chase wild ambitions.

Fellows don’t have to work as a cog in a machine, but can work on something they are passionate about.

Student Fellows don’t have to join a bank or consulting company to get 'business experience' but can build a startup to work on the future.

The Startmate team can go and announce building a city, and state governments will take it seriously.

We’ve built a supportive epicentre where it is celebrated to be ambitious.

1. Lay the Foundations: Set up Startmate for long-term success‍

2. Ambition Magnet: Attract the most ambitious founders, operators and investors

3. Smooth Operator: set us up as the smoothest plug-and-play system to serve the team

Startmate in the News

(As Startmate is slowly becoming a Media Empire under our Queen Bronte, we might have to rethink the next section of the update in the future.)

How to actually create a go-to-market strategy

By
Alisha Geary
When Alisha Geary googled “Go To Market Strategy Template”, Google let her down.

Why Customer Success roles are complex, vital and “wildly fulfilling”

By
Bronte McHenry
Today, customer success plays a critical role in every startup’s growth trajectory and ultimate performance, while jobs seem to be popping up left, right and centre.

By
Michael Stocks
We're proud to invest in Eggy as part of our Winter22 Accelerator cohort. Here's why.

By
Sascha Kerbert
When you mix the right ingredients together, in the right order, with the right proportions in the right environment, magical things can happen.